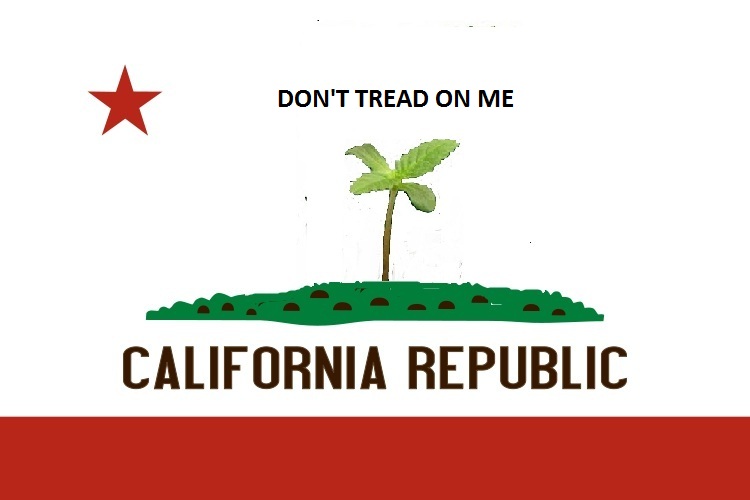 We Made the Difference Before,
We Can Do It Again 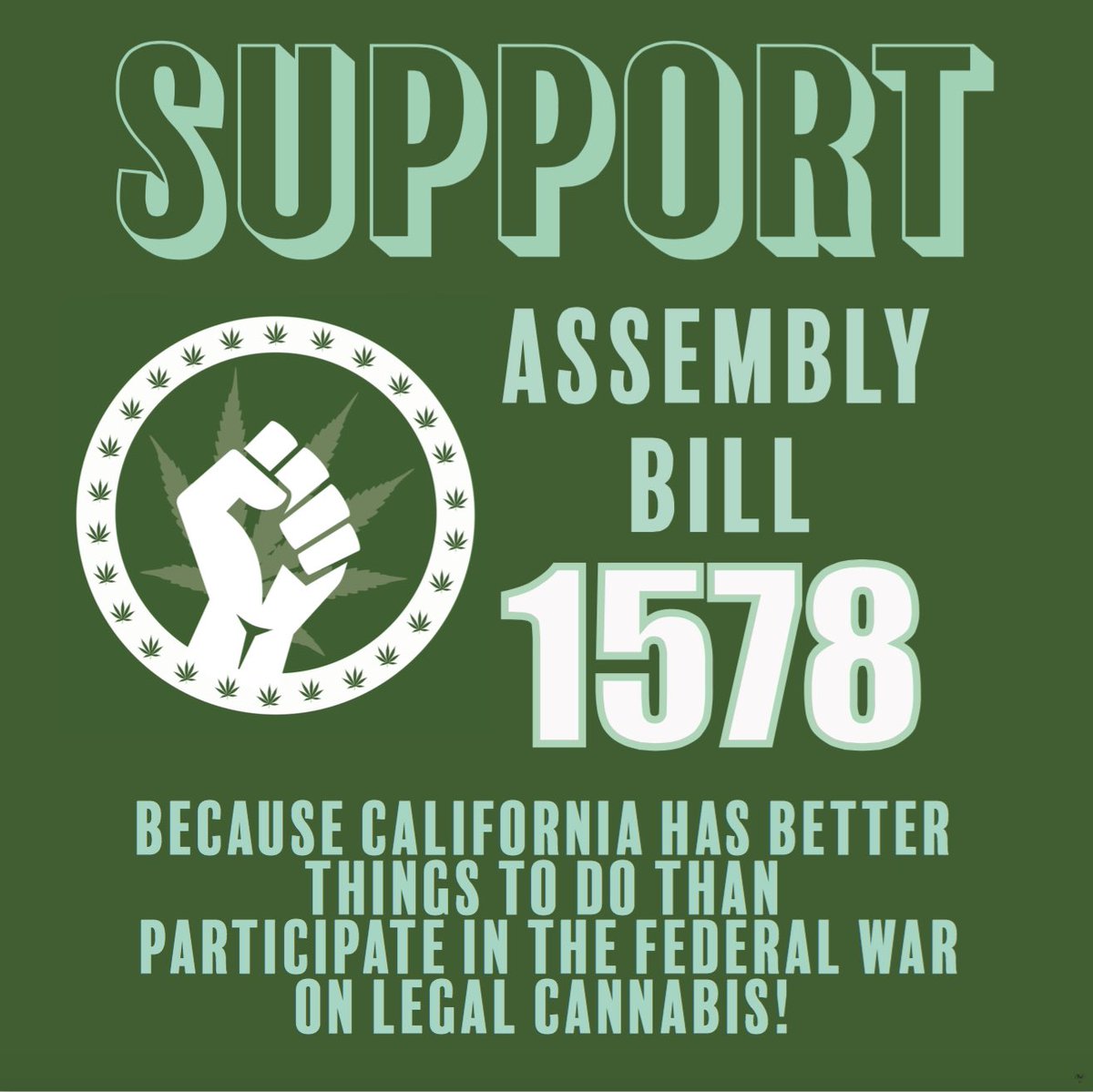 There are two articles in this newsletter that are intrinsically interrelated. The first one is urging you to take a couple minutes to call your state senator asking him or her to support AB 1578, the ganja sanctuary bill that is coming up for a vote this week in the state senate.

The second article underscores the need for AB 1578 as the Rules Committee in the House of Representatives has blocked every single cannabis related bill from coming up for a vote.

Although AG Sessions has been more smoke than fire, that doesn’t mean when the opportunity arises he won’t be coming after marijuana providers in California. This is especially true if he sees that congress will take no action to prevent him from doing so – in fact he will probably see it as a green light to unleash the federal police.

This is why AB 1578 is so important as it will prevent local police from cooperating with the feds in any raids they undertake against licensed and legal marijuana providers. Without the aid of local police, the feds do not have the manpower to undertake most raids which will severely impact their ability to disrupt California’s and other state’s marijuana legalization programs.

AB 1578 was down by four votes just two days before it was voted on and thanks to folks like you who made calls to their state assembly members, we were able to get the needed votes to pass. It passed by only one vote vividly demonstrating the importance of every call made in support.

In the state senate it will receive the same fierce opposition from law enforcement as it did in the assembly. The police desperately want to cooperate with the feds if for no other reason than they are scared they will lose federal money if AB 1578 passes. They are doubling and tripling down on their efforts to frighten and even threaten our elected officials with loss of their support come election time.

Police and prison guards funnel more money into election campaigns than any other business. It is very scary for a politician to be on the short end of their sticks and that is why it is so important for them to hear from their constituents.

Click on your state senator’s name and you will go directly to his or her web page. Their phone number can usually be found at the bottom of the home page. If not, click on the CONTACT button at the top of the home page.

Many of them have voice-mail so you can call anytime and leave a voice message asking them to support AB 1578. If not you will have to call back during regular capitol hours which are Monday-Friday from 9 a.m. to 5 p.m. To call them CLICK HERE now.

As for what to say, just saying vote Yes on AB 1578 would be enough, but adding something like “don’t let the feds interfere with the vote by California citizens to legalize marijuana” wouldn’t hurt. Just like the assembly, it is going to be a close vote so your state senator’s vote could be the critical one. Call now – just CLICK HERE. 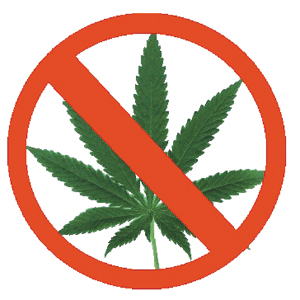 REPUBLICANS
"JUST SAY NO"
TO ALL MARIJUANA
LAW REFORM BILLS

Even though most of the marijuana law reform measures that have been introduced in Congress have broad bi-partisan support, congressional Republican leaders will not allow a vote to go forward on any of them. 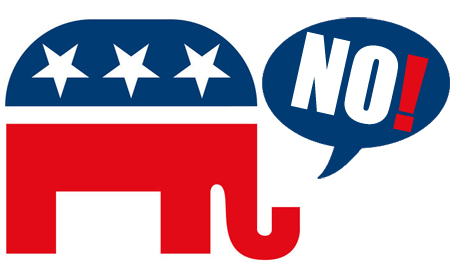 Here is what the Republicans won’t let your Congress member vote on:

The denial by the Republican leadership to allow votes on these bills puts the lie to their oft intoned support for the federal government to butt out of decisions and issues that should be left to the states to decide.

They are well aware that the vast majority of Democrats in the House will support these bills and enough Republicans will support them to easily provide enough votes to pass.

The same would be true in the Senate and these bills would then land on President Trump’s desk. Whether he would sign them or give in to AG Jeff Sessions we will never know.

It is possible that one of these pieces of legislation, the Rohrabacher-Blumenauer amendment might get passed as the Senate has passed it so it will be included in the Budget bill that the House will consider.

Speaking out on the move by House Republicans to prevent a vote on their amendment, Representatives Earl Blumenauer (D-OR) and Dana Rohrabacher (R-CA) said the decision to not allow a vote “is putting at risk millions of patients who rely on medical marijuana for treatment, as well as the clinics and businesses that support them.”

Amplifying their concern, the two Congressman stated “This decision goes against the will of the American people, who overwhelmingly oppose federal interference with state marijuana laws. These critical protections are supported by a majority of our colleagues on both sides of the aisle. There’s no question: If a vote were allowed, our amendment would pass on the House floor, as it has several times before.”

I trust you understand the vital importance of having AB 1578 passed and implemented. If you haven’t yet taken the two minutes to call your State Senator’s office – do it now. CLICK HERE. 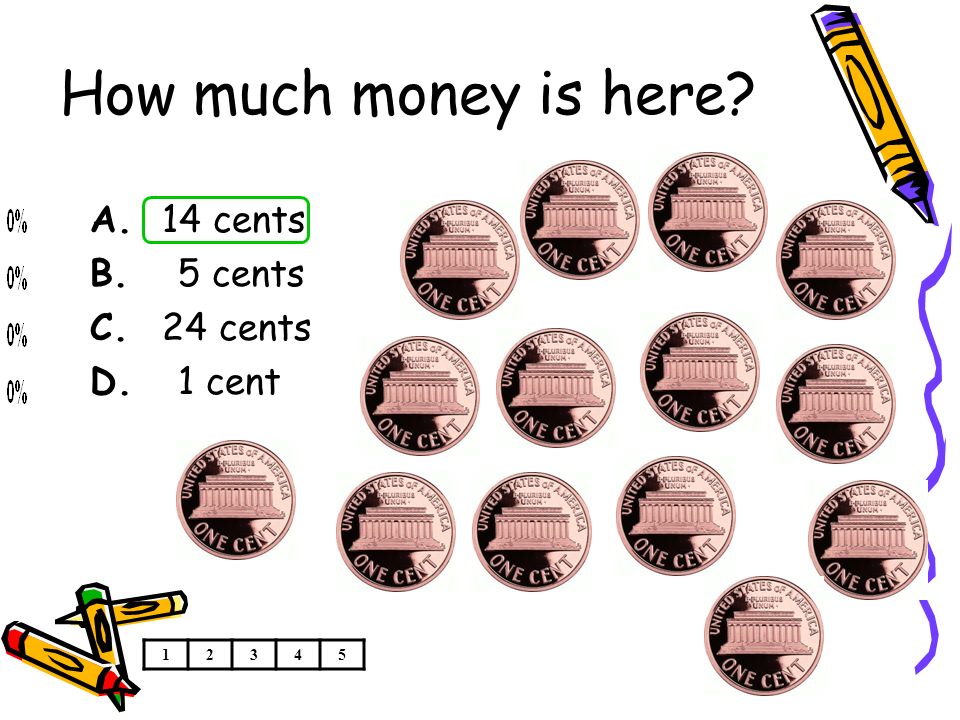