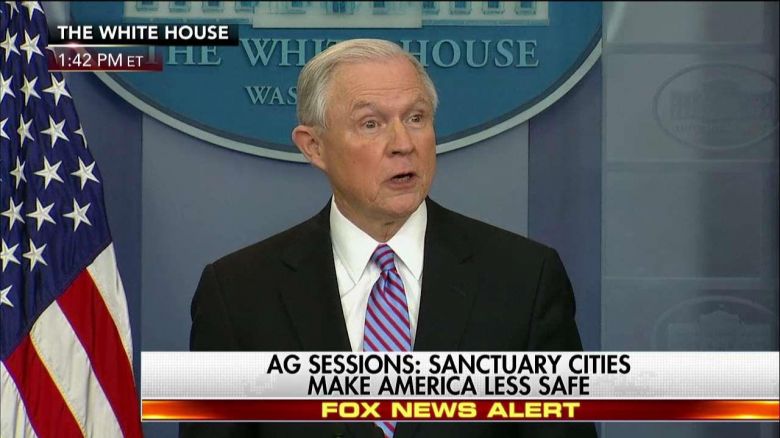 Attorney General Jeff Sessions has made headlines recently threatening to withhold federal funds from cities that have declared themselves Sanctuary Cities in that these cities will not allow local law enforcement to cooperate with federal immigration police in the arrest and detainment of undocumented immigrants.

Will Sessions use the same tactic of threatening to withhold federal funds to states that have passed Ganja Sanctuary laws like California’s AB 1578 which will prevent local law enforcement from cooperating with the feds in the arrest, prosecution or imprisonment of persons following California’s marijuana laws?

A lot may depend on whether Sessions can succeed with his threats against Sanctuary Cities.

In a report published by Fox News, the conservative news station stated:

Most experts agree that legal precedent — including a decision heralded by conservatives regarding Obamacare — makes clear that the federal government cannot broadly use federal funds as a stick by which to coerce local jurisdictions into certain actions. The government would likely be limited to pulling funds that it can prove are related to the policy it is targeting, namely immigration enforcement.

Which means that almost all the funds that will be withheld will be those that go to law enforcement.

Losing money does not sit well with cops. The executive director of the Fraternal Order of Police, Jim Pasco, said the union does not support the policies of Sanctuary Cities, but they are concerned that if Sessions cuts funding for police. “he could put public safety at risk if he intends to cut federal grants to so-called Sanctuary Cities.”

The police would not be protesting the cut in funds if they were cuts to lunches for poor school kids, but since it is their lunch that is being threatened, they will beseech the President they helped elect not to go through with the threatened cuts if their cities do not back down in the face of Sessions’ threats.

Will the police protest the cuts in funding if the same threats are made by Sessions to states that have passed ganja sanctuary laws? Most likely but they are pulling out all the stops to make sure that doesn’t happen by fighting bills like California’s AB 1578 claiming it to be “offensive” and that legislators have no business telling “law enforcement how they want us to work.”

There is little doubt that the states will win the argument on whether they can refuse to allow their police to aid in the enforcement of federal law. As also reported by FoxNEWS, Erwin Chemerinsky, Annie Lai and Seth Davis, professors at the University of California at Irvine School of Law, wrote that “the federal government can no more require state and local governments to help it carry out mass deportations than it can require local officers to investigate and enforce federal gun laws.”

If the police lose their bid to prevent California and other states from enacting Ganja Sanctuary laws, the same would hold true if a state refuses to allow the use of their police officers to enforce federal marijuana law – the only tangible threat the feds could make would be to once again withhold federal money from police.

Let’s not whitewash Trump here – Trump most certainly approves of Sessions threatening Sanctuary Cities and Trump is well aware of Session’s sabre rattling on marijuana. Although some may argue that Trump hasn’t the slightest idea what is going on anywhere let alone with his Dept. of Justice, Trump knows very well what is happening, but it is tip-toeing around the issue on marijuana.

Trump has not tweeted a single tweet about marijuana and marijuana is nothing if not “sensational.” This is not par for the course as Trump tweets on a broad variety of subjects at a moment’ notice and the more sensational the better. This silence speaks volumes about Trump’s confusion on the issue. Unlike immigration which has always been an issue he uses to solidify his populist credentials with his base, marijuana seems not to be on his radar screen. 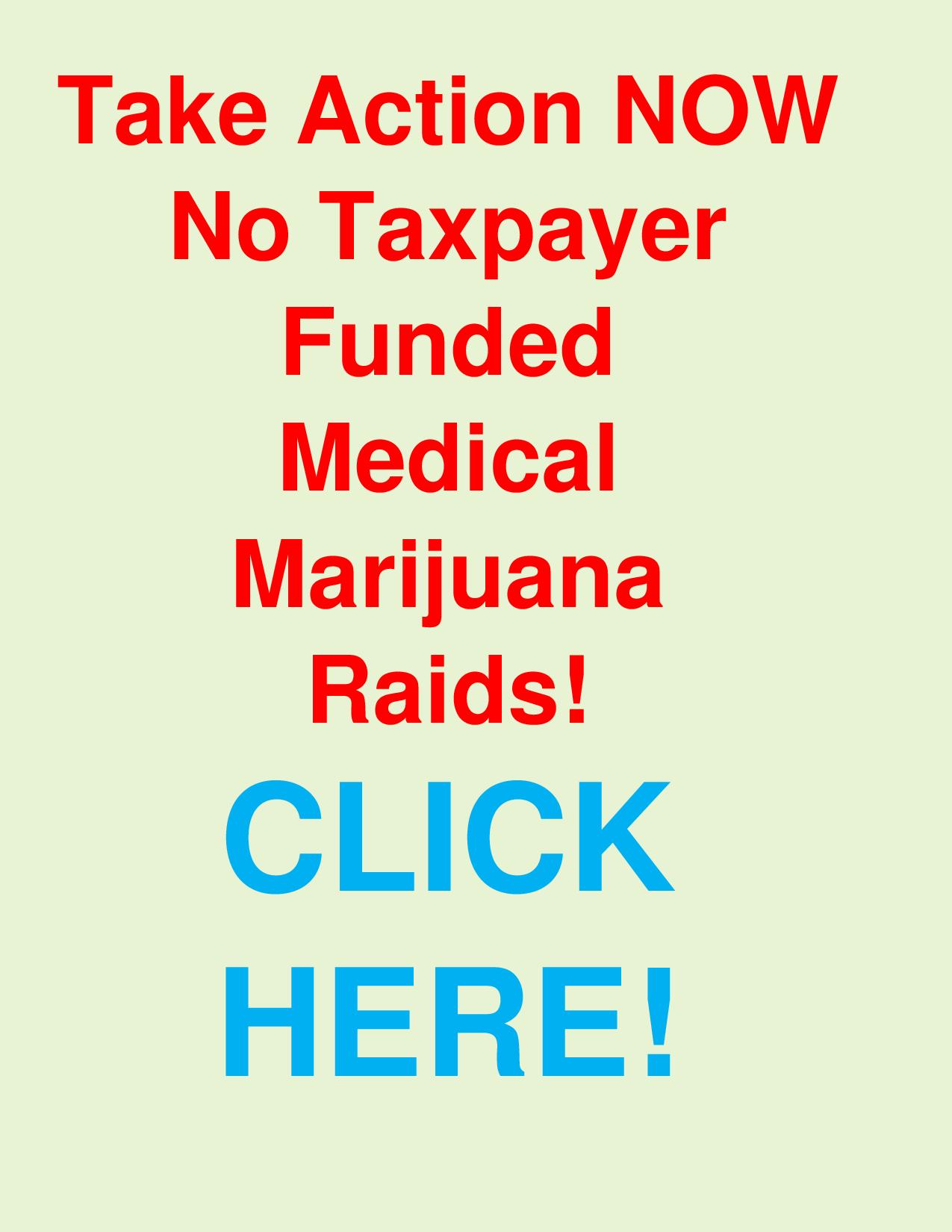 What makes it so ironic, is that it is the police who want Trump to green-light enforcement of federal marijuana law, but if Trump follows through and cities and states don’t buckle, it will be the police that suffer the most.

This has got to be stranger than fiction.

On Sunday, April 23, San Diego held one of the largest Earth Day celebrations in the country attracting 70,000 people to its storied Balboa Park. One of the major component of this year’s celebration was the section known as CannaVillage with over 50 booth and exhibits featuring marijuana organizations, hemp product displays, cannabis product companies from Dr. Bronner to Deviant Dabs and a plethora of local marijuana dispensaries handing out information about their product but no product - it was a focal point of the celebration. 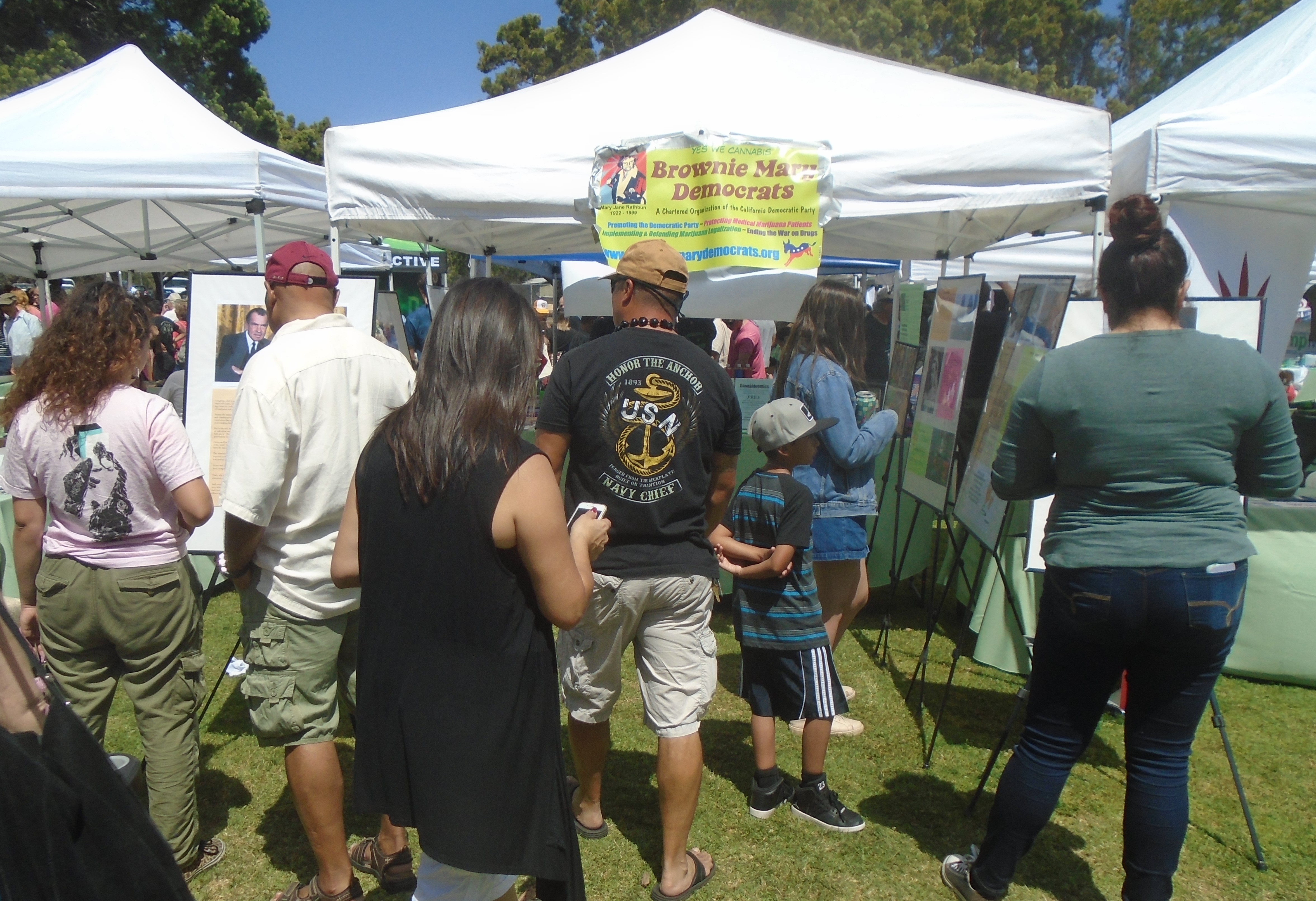 I set-up a booth for Brownie Mary Democrats featuring our poster display of famous marijuana folk from Henry Anslinger and Louis Armstrong to Dennis Peron and Barbara Streisand. I must have spoken with and provided information about marijuana politics to several hundred people who visited the booth - everyone from marijuana enlightened millennials and their kids to their parents, grand-parents and great grand-parents.

Even though marijuana consumption was not allowed (I never saw one person light up or even take a hit off a pen) it is still mind-boggling that this event took part in and was sanctioned by the Earth Day sponsors as Earth Day has become almost as sacrosanct as Mother’s Day.

Examining Anti-Drug Disorder
and an Update on AB 1578

The May MAPP meetings are just around the corner so if you live in or will be visiting, mark the dates on your calendar to attend either the Moreno Valley/Western IE, Palm Springs/Coachella Valley or Joshua Tree/Morongo Basin MAPP meetings.

Our featured speaker at all three meetings will be Richard Gicomeng whose topic on Drug Use Education features an enlightening look at Anti-Drug Disorder - a progressive disease process that is characterized by the obsession to apply control policy despite its adverse consequences.

I will also be reporting on a meeting I will be attending on April 29 with Assemblyman Jones-Sawyer and the processes that need to be followed to not only get AB 1578 through the legislature, but to get Governor Brown to sign it.