Can Marijuana Save Desert Hot Springs?

Find out about the ultimate test at Wed. April 6 MAPP meeting 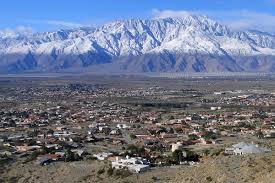 In July 2015, the website Roadsnacks.com, after doing an analysis of 630 cities with populations over 5,000 in California, declared Desert Hot Springs as the worst California city to live in.

Adding insult to injury, the town is also bankrupt.

Can Marijuana save DHS? Some folks think that DHS is so far gone that even marijuana can’t save it – but the DHS folks are going to put it to the test.

With almost two million square feet of commercial marijuana grow operations authorized and at least 9 dispensaries licensed or in the process of being licensed, Desert Hot Springs is about to become one of the largest providers and suppliers of medical marijuana in California.

This is a totally strange twist of fate as back in 2008, I and other concerned citizens  testified before the Desert Hot Springs City Council requesting them to implement an ordinance to allow dispensaries like Palm Springs was doing. Based on the advice of their city attorney and Chief of Police, they turned us down.

If they hadn’t, DHS would not be the basket case it is now. How this sleepy down-on-its-luck town is transforming itself with marijuana is an incredible story.

Jason Elasser, one of the principle organizers of Yucca Valley’s failed Measure X initiative, has received one of the commercial cultivation licenses from Dessert Hot Springs for operating a large scale marijuana growing facility in their industrial warehouse district. He is currently working with the city of Desert Hot Springs to host a Town Hall meeting to inform and educate the residents of Desert Hot Spring about the importance and positive impacts that marijuana will play in the transformation of that city.

Jason is our featured speaker at the April 6 MAPP meeting and will be speaking about what is happening in DHS, how it came about, the licensing system that is being set up, how it will operate and most interestingly how the town intends to transform itself from the windfall of tax dollars expected from marijuana cultivation facilities and sales through the town’s multiple dispensaries.

DHS will be taxing cultivation facilities at the rate of $10 per square foot. With upwards of two million square feet of cultivation taking place, DHS will take in $20 million annually. Their current annual city budget is just under $15 million. Get the picture?

Jason will also speak about what he is specifically licensed for and the type of cultivation facility he is setting up and hopes to have operational soon. He will also be providing information on the upcoming DHS Town Hall on April 20 (that’s right International 420 Day!) that everyone, whether they live in DHS or not, are invited to attend.

Every city in the Inland Empire and a lot of them throughout California are watching to see what happens to DHS. If marijuana can save and transform California’s most woe begotten city, then a lot of other cities will be seriously considering jumping on the marijuana bandwagon, and this time not to ban, but to license and regulation cultivation, production and sales.

This is going to be a most informative meeting – so plan on attending this Wednesday, April 6 at 7:30 p.m. at the THCF Patient Center, 647 Main St., Unit 4D, Riverside 92501. Plus enjoy our delectable assortment of cookies, milk and punch.

The Brownie Mary Democratic Club meetings takes place at 6 p.m. before the MAPP meeting. Everyone is welcome to attend this meeting - if you would like to learn more about getting politically involved, this is the meeting to attend. Pizza will be served, but it doesn’t last long, so be on time.

Lanny Swerdlow is the featured speaker at the San Bernardino Democratic Luncheon meeting this Friday, April 8 at 12 noon. He will be giving an overview on all things marijuana – from medical to legalization. Everyone is invited to attend. You do not have to be a Democrat or even a registered voter.

Although it is a luncheon club, lunch is not served. Eating lunch is not required, but if you want to have your lunch during the meeting (and that is the concept behind this club), you can bring your own or pick up some lunch at one of the restaurants in the mall. There is a small Chinese restaurant near where they meet and I have been informed the food is very good and inexpensive.

and Help Us Do it!