If there was ever was a shining example of how patients can make a difference in their local communities, this has got to be it as in the Inland Empire bans were up for discussion last week in Indian Wells, La Quinta, Palm Desert and Riverside.

In the last newsletter I asked patients and advocates to show up at the LaQuinta City Council meeting and the City of Riverside PlanningCommission. They did and here’s what happened. 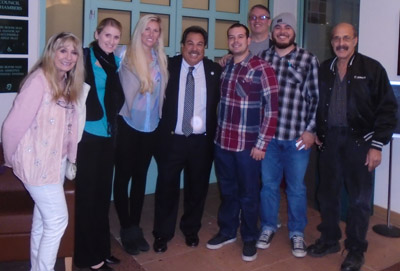 In LaQuinta, a city so paranoid about allowing medical marijuana distribution that in 2007 they skipped the moratorium stage that every other city went through when trying to get rid of dispensaries and went right for the jugular with a total ban. This time patients and delivery operators showed up at the Dec. 15 City Council meeting and made rational, reasonable and impassioned presentations on why medical marijuana needed to be made available.

Now their pleas didn’t make the day as the LaQuinta City Council went ahead and passed the ban anyway, but City Council members fell all over themselves saying they support medical marijuana but were leery of the state imposed deadline. Enacting the ban, though, does indeed appear to be temporary as the City Council took concrete steps to move
forward with allowing medical marijuana distribution and cultivation.

An ad hoc committee has been formed composed of two City Council members that will meet with patients and advocates with the intention of coming back in January with proposals to allow delivery services and individual patient cultivation. The City Council also directed staff to do further research into these issues.

Now does this mean that they are going to allow delivery services and patient cultivation? Perhaps they are just stringing us along so as to placate us, but observing the demeanor and statements of City Council members, it seems they really mean it. Significantly when they asked a representative of the Police Department to testify on their position on the issue, rather than the usual rhetoric of crime, children and decay, the representative testified that they would do whatever the City Council wants.

And now for Riverside

At the Riverside City Council meeting on December 8, the City Council was in a tizzy over a news story about complaints from neighbors about a home where there were reportedly over 600 plants under cultivation. Although this was obviously not the grow of an individual patient, the city was apoplectic and directed the Planning Commission to draft a cultivation ordinance that would ban outdoor cultivation, allow for an indoor only cultivation of no more than six plants per household and require patients to obtain a cultivation license.

That the city of Riverside would even tolerate that small cultivation was somewhat of a surprise, but six plants grown indoors is not going to cut it for most patients who cultivate their own. Rather than give up though, patients and advocates showed up at the Planning Commission meeting on Dec. 17 - a meeting that began at 8 a.m. – now that’s commitment. 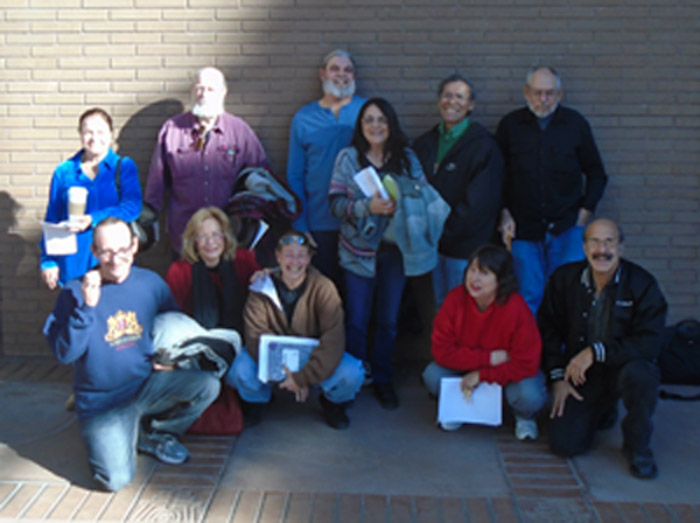 Patient testimony at the Planning Commission meeting was excellent. From providing personal accounts of the benefits of marijuana to explanations on the benefits of outdoor cultivation, patients made eloquent, personal and informative presentations. Most critically was the consistent reference to the County’s ordinance which allows both indoor and outdoor growing of 12 plants per patient with a maximum of 24 plants at any one single family residence.

Like the LaQuinta City Council meeting, the Riverside Planning Commission also sought input from the police. Once again, the subject of crime, children and decay was not brought up. Although briefly mentioning background checks in order to obtain a license to cultivate, the police representative said that they would do whatever the Council wanted but they did not want to be involved in licensing or regulating and that those responsibilities should be left to the Planning and Licensing departments.

Although police are still not on our side, it does seem as if they are getting tired of opposing what appears to be the growing public support for ending marijuana prohibition.

Although two of the Commissioners, including the chairman, were adamant in their desire for a total ban, the other Commissioners were obviously impressed by the testimony and seemed to be of the opinion that adopting an ordinance similar to the County’s made good sense.

In the end the Planning Commission voted to send an ordinance to the Riverside City Council that would allow for indoor and outdoor cultivation with a maximum of 12 plants although they did maintain a provision calling for patient cultivators to obtain a license from the city.

What that license will cost and whether it will contain an offensive and unnecessary background check is being watched closely. We have requested to be involved in any meetings in which this is discussed.

In contrast to what happened in LaQuinta and Riverside, no patients were present at the City Council meetings in Indian Wells and Palm Desert and their bans on delivery and cultivation were passed intact with no prospect for any reform. Patients present make a difference!!!!

Note that although it is essential for local people to show up and testify, the support from people outside of the city was important too. The point being that patients do make a difference and that by showing up they protected their rights to access to a significant degree. Most importantly, they showed their elected officials that they will not be silent and will do what is necessary to maintain safe, reliable and local access to medicinal marijuana. You can do the same.

I’ve Fallen Behind and I Can’t Catch Up

Getting out to city council meetings is one of the most important ways to protect medical marijuana patients and bring about the end of marijuana prohibition. There are other very important ways to also help patients and hasten the day marijuana prohibition comes to end - like helping me get organized to get things done more efficiently and better. The nice thing about helping me is that you can do it from the comfort of your own home. All you need is a computer, internet access and time.

Granted this is not as exciting as going before a city council, publicly identifying yourself and then speaking out about marijuana. Of course it is not as intimidating either. Yeah it’s kind of mundane stuff – cataloging, transcribing, updating, researching and so on – ordinary, but essential work that needs to be done and I could sure use some help with it.

Whether you have a little time or a lot of time, I have things to be done to fit your time schedule and would be very appreciative of you assistance. Intrigued? Interested? Send an email to: lanny@marijuananews.org and I will get back to you – really quick.

Are You the Wise Old Yoda of MJ Cultivation?

Have an itch to impart your vast knowledge of cultivating marijuana to eager and grateful neophytes as well as more experienced growers willing to admit they don’t know it all? The THCF Patient Center in Riverside is seeking a gregarious ganja gardening guru to lead their bi-monthly grow classes. If you are interested in looking into this, call Stepheyne at 951-782-9898.