to be a Delegate to the 2016 Democratic National Convention

and come to our private party afterwards.

If you arrive after 3 p.m. you will not be able to vote.

Voting open to all registered Democrats in the 36th Congressional District (Coachella Valley from Beaumont to Blythe. If you are not registered or registered but not affliated with any Political Party, you register to vote and register as a Democrat right then and there. 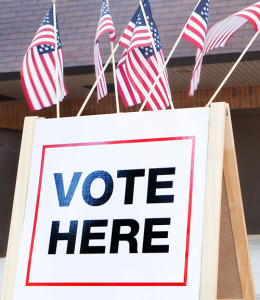 KEEP THE MOMENTUM GOING IN THE U.S.A.

Send Lanny to the city of Brotherly Love as a

Delegate to the 2016 Democratic National Convention

I am running to be selected as a delegate to the 2016 Democratic National Convention to be held July 25 – 28 in Philadelphia. I am running where I live in the 36th Congressional District which encompasses the area beginning in the west with Beaumont and extending down the entire Coachella Valley with the cities of Palm Springs, Palm Desert and Indio and ending on the eastern edge of Riverside County at the city of Blythe.

I need your vote if you live in the 36th Congressional District, I need you to let people you know in the District to vote for me and whether or not you live there, I need your help on the day of the vote to be at the delegate polling place with signs encouraging those who come to vote to select a delegate who will work with other elected delegates to make marijuana policy reform and ending the drug war one of the major issues supported by the Democratic Party in the 2016 election.

Whether you live in the 36th Congressional District or not, I can still use your help as I need sign holders and wavers encouraging people to vote for me. Two male delegates will be selected so although many people will be coming with only one candidate in mind, a large showing of supporters for my candidacy and the issue that I am running will convince a significant number to vote for me as well.

I have been endorsed by a number of 36th District residents including Suzan Wilkerson, Director of Region 19 for the Democratic Party, Greg Rodriguez, Democratic candidate for the 42nd Assembly District and Paul Krassner, political satirist and 60s icon.