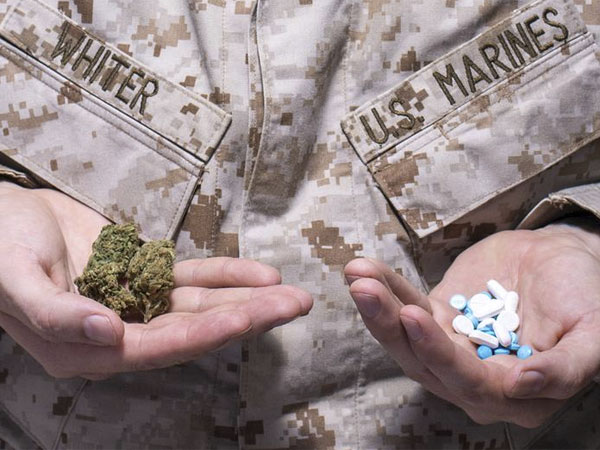 There have been a number of reports from veterans in the IE receiving services at the VA’s Loma Linda facility that they have been denied services because of their use of marijuana medicinally. This is especially distressing as many had thought this problem had been resolved as the result of a veterans meeting hosted by US Congressman Raul Ruiz on March 12, 2015 in Desert Hot Springs.

That this had actually taken place was confirmed by several vets who reported they were reinstated to the programs that they had been terminated from. It appeared that Loma Linda VA had indeed revised their program and there was no longer any problems.

Unfortunately something has changed and there are now reports again of veterans being denied services for medical marijuana use. Ronie Downey, one of the vets who spoke at the original meeting, has been encountering severe difficulties in accessing pain relief services. I have also had reports from other vets of similar problems.

This is an untenable situation especially in this time when medical marijuana has become such an accepted form of treatment for many vets and the Obama Administration and Congress has restrained the Dept. of Justice from interfering with a state’s medical marijuana laws. What has happened at Loma Linda needs to be immediately looked into and corrected ASAP.

To start the process going, there will be a meeting of veterans and supporters to develop the groundwork to begin a dialogue with Ms. Fallen and other administrators at Loma Linda VA as well as the offices of Congressmen Raul Ruiz and Mark Takano, who is a member of the Veterans Services committee in the U.S. House of Representatives.

If you are a veteran and have been denied services or received inadequate services at the Loma Linda VA Hospital facilities as a result of your use of marijuana medicinally, it is especially important for you to attend the meeting to address this situation. Ronie Downey will be speaking of the problems he has been encountering. Another veteran who has encountered severe problems will also be discussing his situation and it is imperative to hear from other vets in similar situations.

The meeting will be held on Wed. October 5 at 6 p.m. at the THCF Patient Center, located at 647 Main St., Unit 4D, Riverside CA 92501. All are welcome to stay for the MAPP meeting immediately following the veterans meeting. (See information at end of this newsletter for information on the MAPP meeting.)

The California Legislature passed a passel of legislation that affect MMJ and MJ users and sent it to the Governor for his signature. As usual, Gov. Brown pulled some surprises out of his hat with those he signed and those he vetoed. 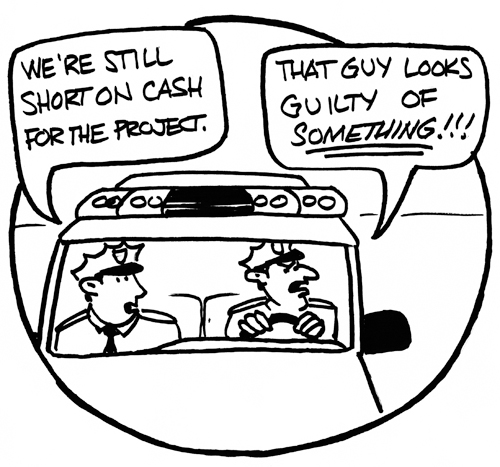 Arguably the most significant piece of reform legislation was SB 443 by Sen. Holly Mitchell that for just about the first time ever, significantly reformed California’s asset forfeitures laws, one of the most egregious usurping’s of our 4th amendment constitutional protections.

This bill will significantly curtail the odious practice of “policing for profit” by requiring police to return assets seized from innocent people by requiring that a conviction must obtained before the seized assets can be kept by police unless the assets seized exceed $40,000. Since the average value of assets seized is in the neighborhood of $8,500, the signing of this bill by Gov. Brown will severely curtail the use of this despicable practice by police.

The new law will allow small medical cannabis growers to comply with the complex regulations enacted by the Medical Cannabis Regulatory and Safety Act by requiring the California Department of Food and Agriculture to develop and streamline regulations by 2018 specifically for small farm growers.

AB 2679, authored by Assemblymember Rob Bonta, establishes standards for medical cannabis manufacturers requiring them to abide by strict standards designed to ensure the safety of the manufacturing process.

The signing of the bill by Gov. Brown and its eventual implementation will hopefully end the raids that have been conducted against the manufacturers of specialty medical marijuana products.

Sponsored by Assemblymember Reggie Jones-Sawyer, Sr., AB 2385 would have carved out an exemption for a limited number of commercial cannabis applicants and allowed them to operate without a local license, if they met requirements specified by the City of Los Angeles' Measure D and the Medical Cannabis Regulation and Safety Act.

Supported by the coalition of lawmakers who crafted MCRSA and a wide spectrum of the medical cannabis industry, Governor Brown unexpectedly vetoed the measure stating, "This bill is inconsistent with the dual licensing requirement established last year by the Medical Cannabis Regulation and Safety Act."

Don Duncan, Board Member and Founder of Americans for Safe Access, will present information on the Medical Cannabis Regulatory and Safety Act and the changes to it enacted by the 2016 Legislature. Going into effect beginning in 2017, MCRSA will have a profound impact on how patients access medical marijuana. With rule making on its many provisions still to be made, Don will discuss how patients can get involved in the rule making process of MCRSA and other legislative actions in order to protect and enhance patient access.

There will also be a short presentation made summarizing what occurred at the Veterans MMJ meeting.

The MAPP meeting on Wed. Oct. 5 begins at 7:30 pm. and is held at the historic THCF Medical Clinic, 647 Main St., Unit 4D, Riverside 92501. Milk, punch and a delightful assortment of cookies will be available.

We could sure use your support -