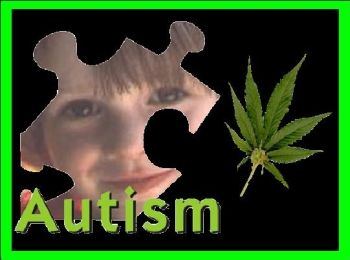 Anecdotal stories of autistic children having been helped by marijuana have become legendary. Here is a quote reprinted from the American Alliance for Medical Cannabis of one father’s experience with using cannabis the first time for his autistic child.

Sam had been having another horrible day before the dose. After 30 minutes we could see the MC [medical cannabis] was beginning to have an effect. Sam’s eyes got a little red and got a bit droopy. His behavior became relaxed and far less anxious than he had been at the time we gave him the MC. He started laughing for the first time in weeks. My wife and I were astonished with the effect. It was as if all the anxiety, rage and hostility that had been haunting him melted away. That afternoon and evening his behavior was steady and calm. He started talking to us and interacting with us again. Sam’s was physically more relaxed and began initiating physical contact with the motivation being affection instead of aggression. It was amazing! He went to sleep that night with no problem and slept through the night.

Stories of children with autism finding therapeutic relief from marijuana sound similar to the stories of children with epilepsy helped by marijuana. Unlike epilepsy, where references to cannabis treatments date back to 1843 when Dr. William O’Shaughnessy wrote, “In Cannabis, the medical profession has gained an anti-convulsive remedy of the greatest value,” there is little research on autism and cannabis.

Research is beginning. At the University of California at Irvine, the Center for Autism Research & Translation has found that boosting natural, marijuana-like chemicals in the brain can improve transmission between neurons. While not focused specifically on autism, the work on these compounds addresses biological machinery implicated in the disorder.

Bernard Rimland, PhD, the father of an adult autistic son, is the founder of the Autism Society of America and the Director of the Autism Research Institute. He has written that in cases where an autistic individual’s behaviors are dangerous or destructive “Early evidence suggests that, in such cases, medical marijuana can be a beneficial treatment, as well as being less harmful than the drugs doctors routinely prescribe.”

Enter Nathan Coombs and his wife Maria, whose two children suffer from autism. Most autism, like cancer, has a genetic basis and it is not uncommon to find families with more than one child with this ailment. 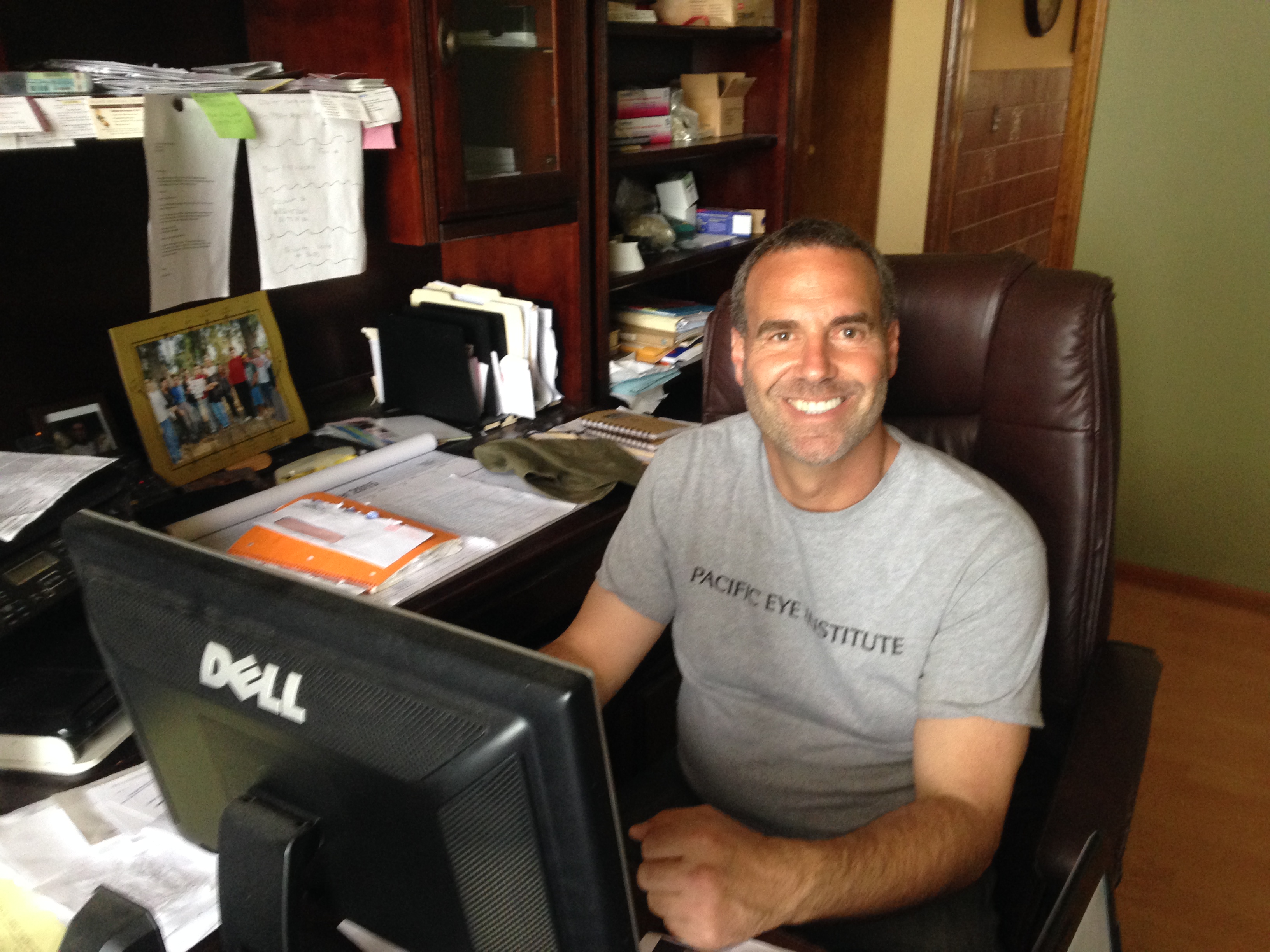 Although both children are autistic, his younger son’s symptoms were more severe and had impacted negatively on his well-being at a young age. One day Maria was watching a TV program in which there was a woman discussing how the use of marijuana had profoundly benefited her autistic child.

The Coombs had tried just about every medical remedy and suggested potion to bring relief to their son, but nothing worked or if it did, it had serious negative side effects. Out of desperation, like so many parents of autistic children, they decided to see if marijuana would be of benefit to their child.

They obtained a medical marijuana recommendation for their son, but had difficulty finding medicinal marijuana that would help as the dispensaries they went to were not knowledgeable of the best strains or routes of administration to best treat this ailment. Although their child definitely benefited from the marijuana use, the results were hit and miss often with weird reactions.

To educate themselves to better help their child with marijuana, they started watching videos on the Internet where they learned how to make tinctures and pills and eventually started to grow their own. They have never turned back.

Nathan and Maria went on to found The Autism & Compassionate Care Connection, an Inland Empire based medical cannabis collective organized to specifically provide medicinal marijuana to parents of children with autism.

As Director of The Autism & Compassionate Care Connection, Nathan strives “to help individuals with autism increase their self-awareness and quality of life.” They do this by taking a scientific approach to cultivating high-quality strains of medical cannabis strategically targeted at alleviating an autistic child’s specific symptoms.

He produces over 20 strains uniquely suited to treating the symptoms of autism. By specializing in a variety of homeopathic tinctures, herbs and capsules, they have also developed unique methods of medicinal administration needed by individuals with autism.

Although Nathan has been very successful in providing information on using cannabis to treat the symptoms of autism to parents of autistic children, he has been having difficulty providing the same information to mainstream autism organizations. He notes that “they have a lot of gate keepers and see me as some kind of weird maverick outlier. They do not realize that we are all in the same boat together.”

At all three January meetings of the Marijuana Anti-Prohibition Project Nathan will discuss the research, tell his own personal story on how marijuana benefits his children and discuss his collective and the cultivation program undertaken to provide quality and effective marijuana to treat the symptoms associated with childhood autism.

Nathan will also provide information on the Cannabis for Autism Conference to be held Saturday, Jan. 23 at the Rancho Cucamonga Cultural Center. The conference features presentations by experts in the field including a live Skype presentation by Dr. Lester Greenspoon, Associate Professor Emeritus of Psychiatry at Harvard Medical School.

Dr. Greenspoon, a pioneering investigator into the medical efficacy of marijuana, has authored more than 140 articles in scientific journals and twelve books, including the ground-breaking Marijuana Reconsidered andMarijuana, The Forbidden Medicine. This is a marvelous opportunity to hear a live presentation by Dr. Greenspoon and have your questions and concerns answered by one of the medical marijuana movements most illustrious icons.

This is a meeting that you should not miss. Filled with heartbreak and redemption, Nathan’s story is moving, thoughtful, vital and vividly brings to life another of the legendary life-affirming attributes of this ancient medicinal herb.

Circle the date on your calendar of the meeting nearest you

On the newest episode of Marijuana Compassion and Common Sense at www.blogtalkradio.com/marijuananews, the plight of people imprisoned for non-violent marijuana offenses and how marijuana legalization initiatives and legislation gives them short shrift will be explained, examined and excoriated by Amos Irwin, Chief of Staff of the Criminal Justice Policy Foundation and Assistant Training Director for Law Enforcement Against Prohibition.

The Criminal Justice Policy Foundation (CJPF) mission is to educate the public about the impact of drug policy on the criminal justice system. With marijuana legalization on the ascendency throughout the U.S., CJPF is providing leadership and advocacy for rational and realistic legalization policies. They are not a showy organization, but work quietly and effectively to devise new strategies to reform American drug policy.

Amos Irwin recently authored an article in the Huffington Post entitled The People the Pot Laws Forgot which eloquently and authoritatively calls for the release of non-violent marijuana offenders and the development of procedures to expunge criminal records relating to most convictions relating to marijuana use or distribution.

On this episode of Marijuana Compassion and Common Sense Amos will speak about why he left his position at Tufts University to devote his full-time to reforming our nation’s drug laws as well as explain the programs CJPF is undertaking to legalize marijuana and end the War on Drugs. Hear it all plus host Lanny Swerdlow’s snarky-but-accurate take on current happenings and events and to bring compassion and common sense to marijuana. To hear it right now CLICK HERE or go anytime to www.blogtalkradio.com/marijuananews.

All past shows are archived at the radio show’s weblink www.blogtalkradio.com/marijuananews - so check them all out – since the show has been on for over six years, there is a litany of interesting and historical interviews including at least one that will pique your curiosity.