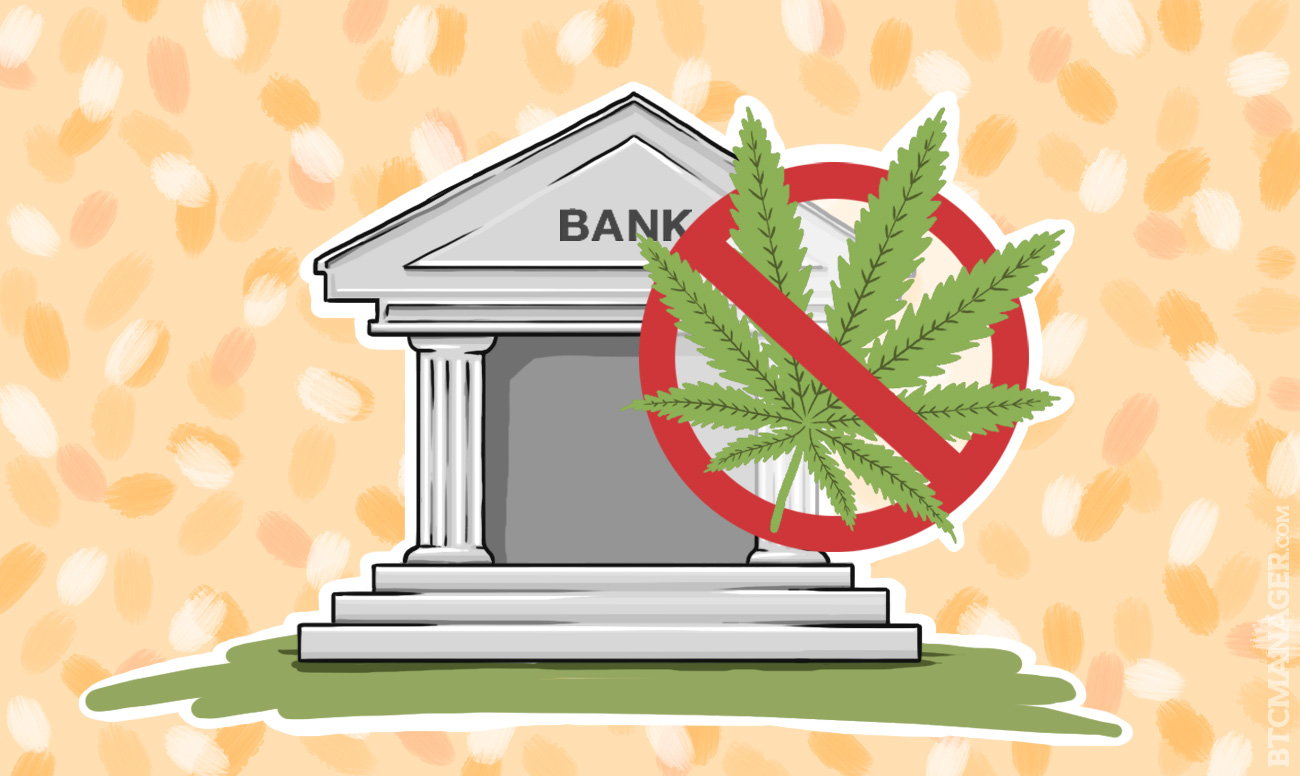 Last Wednesday I went to the MAPP account on Chase.com website to pay our monthly phone bill. Only when I got to the webpage the MAPP account was no longer there. My own personal account and the account of the Brownie Mary Democratic Club of Riverside Co. was there as was my Chase VISA charge card, but MAPP had vanished.

I immediately called Chase Customer Service and was informed that Chase had closed the MAPP account. We have had this account for over 12

years and have never had any problem with it before - not that some tellers weren’t curious about just what the Marijuana Anti-Prohibition Project was – they certainly were and they all thought it was really cool.

When the Customer Service representative could not provide me with any information on why the account was closed, I asked to speak with someone who could. After about five minutes of poor quality telephone music I was connected to a Joey Pestano who identified himself as a Supervisor, but didn’t explain just what he was supervising.

He was not exactly the friendliest person I have spoken with on a company’s customer service line as he tried to justify Chase refusing to inform me as to why they closed the account by saying:

"We have the right to not give out the information on why we are closing your account. We have conducted a review of each and every account and have found that somehow we find risk and it is our right not to tell you what that risk is. The decision made by entire Chase Company. I did not make the decision. We cannot tell you who in Chase made the decision to close your account."

Banks have been notorious for making it impossible for marijuana dispensaries, whether it is for medical or adult recreational use, to utilize the normal banking services that a business needs to provide safe, efficient and above-board service to their clients. Hiding behind the rube that some federal banking agency would shut them down if they dared to provide any kind of bank services to a distributor of marijuana, they have endangered the lives of a dispensary’s employees and clientele by forcing them to deal with cash.

Chase, BofA, Wells Fargo and so on all run around like chickens with their heads cut off proclaiming that they would lose their banking license or whatever it is the feds give them if they dared to allow a marijuana business to use their banking services. What incredible bullshit and I am amazed that no one in the media has called them on it.

The federal government did everything it possibly could do to keep these banks open when the 2008 meltdown sent the country into the brink of a depression thanks in large part to the sub-prime and other predatory lending schemes that banks had concocted to rob the American public. 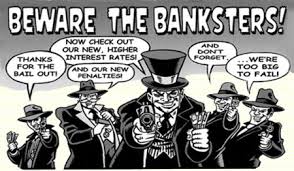 When it blew up in their collective faces and they were threatened with bankruptcy and closure, the feds pumped hundreds of billions of taxpayer dollars into them to keep them from closing. Does anyone really think for one second that the federal government, after spending hundreds of billions to keep them open, would then close down Wells Fargo, Chase, BofA or any of the other banks that was on the verge of collapse if they provided banking services to marijuana businesses that were legal under state law?

Whatever the reason was, it was NOT because the banks would get closed down for providing services to marijuana dispensaries. What’s the actual reason? Keith Stroup, founder of NORML, says it is reefer madness. Maybe, but I believe pressure is being applied to these banks to purposefully and willfully undermine the ability of dispensaries to operate and provide marijuana. I have suspicions of who it is (DEA? ONDCP?) and they are now rearing their medusa head again. This time not just against businesses that provide marijuana under state law, but now to organizations whose purpose is to end marijuana prohibition – which, if legalization nationwide came about, would considerably diminish their ability to arrest, prosecute and imprison people. thereby lessening their power and congressional appropriations.

CALL MR. ROBERSON OF CHASE
AND TELL HIM HOW
UNRIGHT THIS IS

I received a call on Friday, March 11 from a Mr. Reginal Roberson. Mr. Robertson is an Executive Specialist with the Office of the CEO of Chase. He informed me that the bank will not re-consider its decision to close the account and will continue to refuse to provide any reason for the closure.

If you do call, I would appreciate it if you would send me an email with his response to your call. I am maintaining a detailed account of everything that is happening and I would like to include the response to your phone call in this account.

The week before Chase closed the MAPP bank account, NORML had its credit card processing services canceled. See the article at the end of this blog for information on what happened to NORML.

Like NORML, MAPP does not sell, distribute or in any was deal with marijuana itself. MAPP is a medical marijuana patient support group and law reform organization that works within the legal and political system to end marijuana prohibition.

with their political position on a legal issue. I wonder if a federally chartered bank can deny financial services for that reason. They could not do it for race, ethnicity or religion. Is it a free speech violation of the first amendment for a federally chartered bank to deny its services to legal applicants if it doesn’t approve of their message?

The question is why are so many financial institutions doing this as neither NORML and MAPP are doing anything illegal. Is this their own decision to undermine us or is some backroom power (DEA? ONDCP?) putting pressure on them to pull the financial rug out from under the marijuana law reform movement?

I want to find out and to that end I have contacted Congressman Raul Ruiz's office, Senator Barbara Boxer and Senator Feinstein's office. At the suggestion of Steven Nagy of Senator Boxer’s office, I have filed complaints with Office of the Controller of the Currency and the Consumer Financial Protection Bureau. In hopes of bringing some public attention to this despicable display of power to undermine our movement, I have sent out press releases to over a hundred reporters and media outlets.

Like Citizens United, it is fundamentally inconceivable and a threat to democracy that banks should be allowed to be the

gatekeepers of which ideas will have the

ability to be promulgated to the American public.

Want to do something about it?

Here’s a report on NORML's banking problems from the Extract website by Emily Gray Brosious.

Is “prejudice against marijuana” to blame

The National Organization for the Reform of Marijuana Laws (NORML), one of the oldest and largest nonprofit, pro-marijuana legalization public interest lobbies in the United States, has lost its donation processing services — and NORML founder Keith Stroup says marijuana prejudice is to blame.

According to Stroup, NORML “abruptly” lost its ability to accept credit and debit card donations last week after the company that processes its donations, TransFirst, discovered NORML’s pro-legalization advocacy work.

As a nonprofit that largely depends on donations made through its website, this “glitch presents a serious threat to the organization,” Stroup wrote in a blog entry the previous Monday.

TransFirst said it ceased processing NORML’s web donations because the group is part of the “marijuana industry,” according to Stroup. He counters that NORML is a public interest lobby with no financial stake in the marijuana industry.

Stroup believes NORML is being denied business services “simply because we have a website that promotes the legalization of marijuana. I am angry that some mid-level executive at TransFirst was able and willing to disrupt our work at NORML based on the content of the advocacy on our website. That represents a totally unnecessary act – there is no theory under federal law that would penalize a company for providing financial services to NORML – and one that smacks of anti-marijuana prejudice that is reminiscent of the days of “reefer madness. We are being penalized for our political views.”

Stroup says NORML is now looking for a new financial services provider “that will not be frightened by our political views.”

TransFirst did not immediately return Extract’s requests for comment.

Commenting on the despicable action, Dale Gieringer of CaNORML stated:

“This is by no means the first time that reformers have been denied financial services for marijuana advocacy.  Cal NORML was similarly ostracized by PayPal, and a well-known MMJ advocacy group was inexplicably turned down by a succession of banks.

Not just financial services are at issue when it comes to anti-MJ bigotry.   NORML's website is inaccessible at many institutions that patronizingly block "drug-related" internet content, including hospitals, libraries and even news services.”