California is coming off of 80 years of reefer madness infused prohibition. Our elected officials on both the local, state and national level see caution as the name of the game, but there are problems inherent in Prop. 64 like the ban on smoking in public places and the lack of protection from being fired for using marijuana off the job that must be dealt with. In addition there are concerns regarding the implementation of Prop. 64 such as the size of commercial grows, onerous taxes and overly burdensome licensing fees and regulations.'

And now AG Sessions threatens fire and brimstone on states that legalize marijuana by tearing up the Obama Administration's Cole Memo which allowed U.S. Prosecutors to send to the bottom of the barrel enforcement of federal marijuana law if states were following eight conditions such as preventing access to children, keeping criminals out of the business and deterring cannabis from going-out-state.

For many reasons the Brownie Mary Democrats of California (BMD-CA) are in the best position to be one of the most effective organization to address and correct these and other problems that directly affect you.

BMD-CA is one of only seven statewide Democratic organizations that is officially chartered by the California Democratic Party (CDP). They are an active and influential member of the Party that controls the government of the most populous state in the U.S. and the 6th largest economy in the world.

From rank and file Democrats to elected officials on the state and local level, their members come from all over California and are involved in every level of government interacting with the people who are passing the laws and making the regulations you have to live and work under. Members are active throughout the party as delegates to the annual state convention, as members of the Executive Board which sets policy for the state party as well as being elected to their county Democratic Central Committees where they work with local Democratic officials on County Boards, City Councils and other local governing commissions and committees.

BMD-CA is seen by the 3,000 state delegates, the 300+ Executive Board members and state party officers and elected officials as the most knowledgeable and, because they are part of the Democratic party, as the most trustworthy. 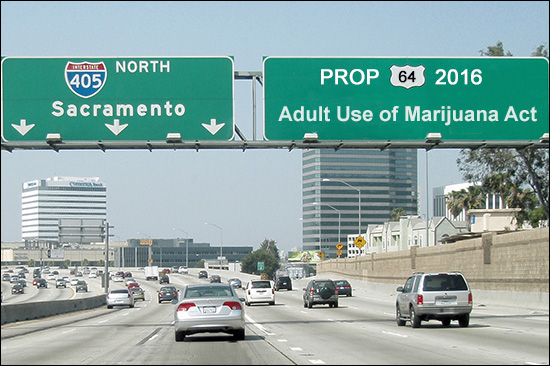 BMD-CA has made the implementation of Prop. 64 a priority for the CDP through the adoption of pro-marijuana planks in the Party’s platform and resolutions. Just a few of the planks and resolutions adopted by the party that were introduced by BMD-CA are:

1. Calling for the legalization of marijuana in a manner similar to alcohol and tobacco

2. Denouncing bans and moratoriums and encouraging cities and counties to adopt ordinances implementing the commercial provisions of Prop. 64.

3. Opposing IRS Code 280E which disallows any business deductions for any commercial activity related to marijuana

4. Support making California a cannabis sanctuary state by not allowing state and local police to cooperate with federal police in the arrest and prosecution of licensed marijuana businesses

Within the CDP, BMD-CA is not viewed with skepticism and seen as some outside special interest group. As a chartered member they have an unprecedented ability to interact with Democrats at all levels of government and to further the interests of marijuana consumers and businesses. Democratic candidates seek the endorsement of BMD-CA as they have personally seen the significant influence we have earned with party officials, activists and rank and file Democrats.

To that end, they are in the process of interviewing candidates for elective offices eliciting their position on issues relating to cannabis. With this information, BMD will produce a voter’s guide that will be distributed throughout the state for the June primary and November general elections. Candidates know that thousands of voters, especially Democratic voters, trust and follow their endorsements.

Democrats holds every statewide office and a super-majority in the state legislature. BMD-CA is in the best position of any cannabis advocacy organization to influence policy and get our elected officials to solve the problems inherent in Prop. 64, resolve the issues that have cropped up now that legalization has commenced and enact legislation that will further the interests of marijuana consumers and businesses. There is simply no other organization in the state of California that has the political clout, connections and insider networks like the Brownie Mary Democrats of California.

One of the most effective outreaches for BMD-CA is to participate in the annual California Democratic Party State Convention which this year takes place February 23 - 25 in San Diego. The State Convention is where Democratic office holders and candidates from throughout the state of California

come to seek support, endorsements and funding for their campaigns. It is an unprecedented opportunity to meet these elected officials and candidates for office and to educate them and elicit their support for policies that are beneficial to the cannabis consumer and business community.

$5,000 is needed for an exhibit booth, annual meeting at the state convention, participation in the many caucuses and meetings held at the convention and to prepare brochures and other items to be handed out to the 3,000+ delegates and more than 1,000 Democratic Party officers and elected officials. This includes a new brochure entitled “What Has Marijuana Legalization Wrought? - What Every Candidate Needs to Know!"

As a way of thanking your for your support, contributors of $100 or more will receive a display quality CERTIFICATE OF CIVIC RESPONSIBILITY suitable for framing and your contribution will be duly noted on a display board posted in the exhibit area.

Contributions may be made by credit card by CLICKING HERE or by check made out to BMD-CA and mailed to: BMD-CA, PO Box 739, Palm Springs CA 92263. Please note that contributions are not tax deductible.

Thanks for your help and support,