Can the Riverside Co. Sheriff's and DA's Offices have rational cannabis policies? Two Candidates Think They Can!

Even though Riverside County has made significant strides towards mainstreaming cannabis for both personnel and business uses with its very realistic policy on personal cultivation for medical users and implementation of an ordinance for commercial businesses, there are still substantial complaints on the actions of law enforcement particularly the heavy handed approach of the Sheriff’s office.

With a nod to a more enlightened approach, you are invited to join in a special MAPP ZOOM meeting and podcast on Sunday, April 3 at 7:30 p.m. where you can meet, hear and question two candidates who are opposing the June re-election of the current DA and Sheriff.

Michael Lujan is a former Captain in the Riverside County Sheriff’s office who retired after serving Riverside County residents for 31 years. He is opposing current Sheriff Chad Bianco who is embroiled in controversy over his refusal to enforce state and county mask mandates and, as reported by the Press Enterprise, “was a dues-paying member of the Oath Keepers” a far-right organization that played a major role in the Jan. 6 insurrection at the U.S. Capitol. His implementation of "Marijuana Mondays" which were escalated to include "Weed Wednesdays" resulted in a heavy-handed approach to legacy commercial cannabis cultivators in the Anza Valley area of Riverside County who had been cultivating cannabis

for a decade or more but were denied the ability to legally cultivate when Riverside County refused to include them in its commercial cannabis cultivation ordinance even though they are in an area zoned for rural agriculture.

The Honorable Burke Strunsky, a judge for the Riverside County Superior Court is opposing current DA Michael Hestrin. Although more low-key and less demonstrative then Bianco, Hestrin has generally worked in tandem with Bianco and has done little, as Riverside County's chief law enforcement officer, to aid in the implementation of Prop. 64 which was approved by Riverside County voters in 2016.

Joining us on this special meeting/podcast is Edison Gomez-Krause, founder of the High County Grower’s Association which advocates for the legacy cannabis cultivators in the Anza Valley region. Edison will present the history of cannabis cultivation in the region and detail the on-going problems, travails and fruitless efforts of cultivators to bring their area into compliance and the refusal of the Sheriff’s and DA’s offices to work with them. 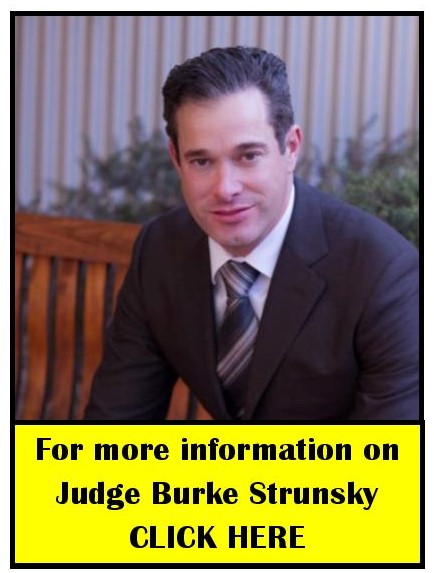 Captain Lujan and Judge Strunsky offer striking and compelling alternatives in many areas and not just in cannabis law enforcement to the current Sheriff and DA in Riverside County. You are cordially invited to attend a most enlightening virtual zoom meeting on Sunday, April 3 at 7:30 p.m. with Captain Lujan and Judge Strunsky. This is your chance to meet, hear and ask questions of both candidates. Zoom MAPP meeting info below: