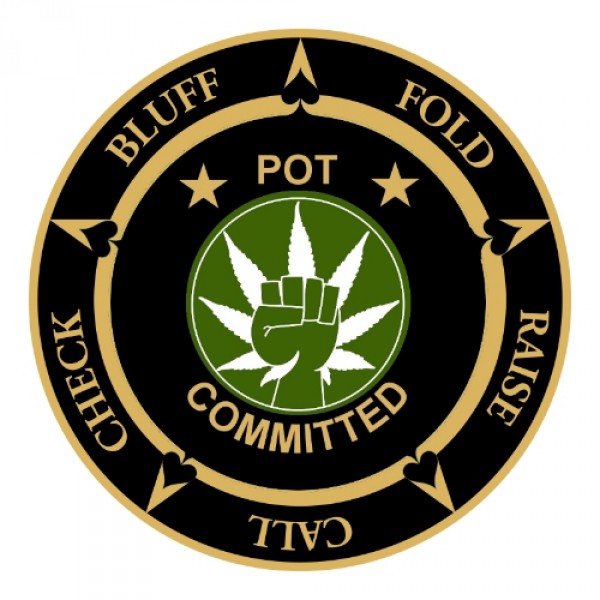 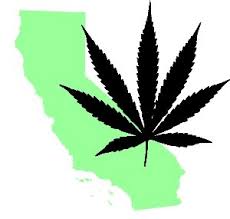 Laying the cards on the table

The Medical Marijuana Regulation and Safety Act (MMRSA) is a tangled web of regulations, licensing and taxation that is a testament to the inability of medical marijuana patients to get state legislators to enact laws implementing both the spirit and purpose of Prop. 215. It is complex, unwieldly and unfair and was enacted at the behest of cops and their puppets in the League of California Cities to undermine Prop. 215 and make it nearly impossible for most patients to reliably, safely, affordably and locally access marijuana.

Although MMRSA sets up 18 licensing categories, it appears to be working in those few localities that have followed this legislative labyrinth. With its blank check allowing cities to have total control over the production and distribution of marijuana including enacting total bans, the only thing MMRSA absolutely guarantees for patients is that marijuana will remain exorbitantly expensive.

Although under MMRSA cultivation and distribution may be done for profit, cultivation size is restricted to 22,000 sq. ft. indoors and one acre outdoors. Vertical integration where a person or business can hold more than one license is severely restricted. The limits on cultivation and vertical integration should make those who fear big business taking over medical marijuana production and distribution breathe much easier, but it is also the main reason marijuana will remain exorbitantly expensive.

MMRSA allows cities and counties to ban all mmj patient cultivation – indoors and outdoors. Patients still retain the right to use marijuana, but they must either buy it or have someone give it to them for free. If the city or county also bans any commercial distribution then those patients will either have to travel long distances to obtain marijuana or, as most will be doing, buying it from criminals.

MMRSA also seeks to curtail the writing of medical marijuana recommendations as it legislates against "Repeated acts of clearly excessive recommending of cannabis for medical purposes, or repeated acts of recommending without a good faith prior exam." It requires the Calif. Medical Board to make the enforcement of this provision a priority.

The Adult Use of Marijuana Act (AUMA), more popularly known as Prop. 64 now that is has been assigned a number, legalizes the use, purchase and cultivation of marijuana for adults 21 and older. Cultivation of up to 6 plants per household is permitted. Although you can only leave your home with an ounce or less, you are permitted to possess all the marijuana your plants produce in your home.

Prop. 64 retains most of the unwieldly, complex and unfair regulation and licensing scheme of MMRSA. One notable exception is that the onerous transport license has been eliminated. This license has always been a major bone of contention as it will add somewhere between 15% to 30% to the cost of marijuana

The lack of a transport license is why the Teamsters Union opposes Prop. 64. The United Food and Commercial Workers Union supports Prop. 64 but that is because they are mainly concerned with workers engaged in distribution of marijuana and not transportation.

Unlike MMRSA which restricts the size of indoor cultivation to 22,000 sq. ft. and outdoor cultivation to one acre, five years after the implementation of Prop. 64, all cultivation size limits are removed allowing farmers to cultivate hundreds, if not thousands of acres, obtaining an economy of scale that will finally bring the price of marijuana way down.

Exactly how far down is a good question, but it would not be unreasonable to expect marijuana to sell for about the same as coffee which is not grown in this country, is extremely labor intensive, has to be shipped thousands of miles and requires significant processing before being delivered to the consumer.

MMRSA requires the California Medical Board to make it a “priority” to crack down on doctors who issue “excessive” medical marijuana recommendations. If a patient could no longer obtain a recommendation, they would still be able to obtain marijuana under Prop. 64 although the amounts they can possess and what they can cultivate would be significantly less than if they had a doctor’s recommendation.

Under current law, including MMRSA, Children Protective Services can take your children. Prop.64 for the first time ever protects patients from having their children taken by CPS.

11362.84. The status and conduct of a qualified patient who acts in accordance with the Compassionate Use Act shall not, by itself, be used to restrict or abridge custodial or parental rights to minor children in any action or proceeding under the jurisdiction of family or juvenile court.

It doesn’t protect parents who are adult non-medical marijuana users – a glaring oversight but if you are only concerned with how Prop. 64 protects patients, then this omission should be of no concern.

Prop. 64 also eliminates sales taxes for medical marijuana patients who obtain the state ID card. The cost of the card is reduced to $100, half-price for those on Medi-Cal and even eliminates the charge altogether for those who are indigent. Depending on how much you buy annually, it may or may not pay to get the card.

Prop. 64 does impose an excise tax of 15% on all marijuana sales and a bud weight tax of $9.25 per ounce. The same tax was to be applied to MMRSA but was defeated in the state legislature as legislators want to wait to see if Prop. 64 passes which would make it unnecessary to add a new mmj tax. When large scale cultivation kicks in and the price plummets to double digits for a pound, taxes based on cost would not be of much concern.

One of the few parts that will negatively impact patients is that in order to appeal to those voters whose worst fear is that they might be exposed to second hand marijuana smoke while smoking their cigarettes or cigars, Prop. 64 bans all public consumption even in areas where tobacco consumption is allowed. However, Prop. 64 does permit city and counties to allow on site consumption something that MMRSA does not allow. Cannabis clubs and cafes anyone?

MMRSA is what patients will have to live with whether they like it or not.  Some people claim MMRSA is unconstitutional and will be overturned by the California Supreme Court, but many of them are the same people who claimed that allowing cities to ban mmj collectives under their zoning ordinances was unconstitutional.

Most attorneys are taking to heart the concluding statement in City of Riverside vs. IEPHWC:

Of course, nothing prevents future efforts by the Legislature, or by the People, to adopt a different approach.

Sure looks like the Supremes are giving a green light for the Legislature to do whatever it wants. Many attorneys who once thought that banning collectives under zoning ordinances would be unconstitutional are not making the same mistake twice i.e. they believe betting the bank on MMRSA being declared unconstitutional is ill-advised.

Finally there is the meme circulating that Prop. 64 will end the rights of patients under Prop. 215 rather than enhance them as described above. One of the most authoritative papers written on this subject is by attorney William Panzer.

Widely recognized as one of the most knowledgeable marijuana attorneys in California, William Panzer has been practicing criminal law in the San Francisco/Oakland Bay Area for seventeen years. Unlike so many others who claim a hand in the drafting of Prop. 215, Panzer actually was a co-author of the Compassionate Use Act.

Panzer has represented patients, growers, and medical cannabis dispensaries throughout California in state and federal court, at both the trial and appellate levels. He was the 2002 recipient of the NORML Legal Committee's Al Horn Award, and has been recognized by High Times Magazine as their "Freedom Fighter of the Month."

I strongly urge you to take a couple minutes and read William Panzer’s authoritative analysis of how Prop. 64 will impact Prop. 215. To read it CLICK HERE.

The first of the month is upon us – time to mark your calendar for the October MAPP meetings. Like last month, there will be different presentations at each meeting. Come to the one nearest you or make that long drive and go to all three.

Sat. Oct. 1 at 12 noon – Palm Springs/Coachella Valley meeting features Norberto Gonzalez speaking on Millennials and the 2016 Election. Norberto is the campaign manager for Greg Rodriquez who is a candidate for the 42nd State Assembly District and has been actively involved in politics for several years. Millennials are becoming a big voting block, second only to baby boomers. They are the most progressive and inclusive generation of voters ever and will have a major effect on the 2016 elections and onward - if they come out to vote. Norberto will discuss how they will effect the 2016 elections and how the marijuana legalization initiative will bring them to the polls.

Sat. Oct. 1 at 3 p.m. – Joshua Tree/Morongo Valley meeting features a presentation on what is happening in Canada. I just came back from a week in British Columbia where marijuana has become widely available even in rural areas. From my experience at a medical marijuana dispensary to conversations with Canadians on the prospect of the Trudeau government following through on its commitment to legalize marijuana in 2017, Canada is leading the way in North America for ending marijuana prohibition.

Wed. Oct. 5 at 7:30 p.m. – Riverside/Western IE meeting features Don Duncan, Board Member and Founder of Americans for Safe Access. The 2015 Legislature made changes to MMRSA and Don will discuss how these changes will affect patients. Information will also be presented on how patients can get involved in the rule making process of MMRSA and other legislative actions in order to protect and enhance patient access.

Milk, punch and a delightful assortment of cookies will be available at all three meetings.