From the desk of Lanny Swerdlow RN 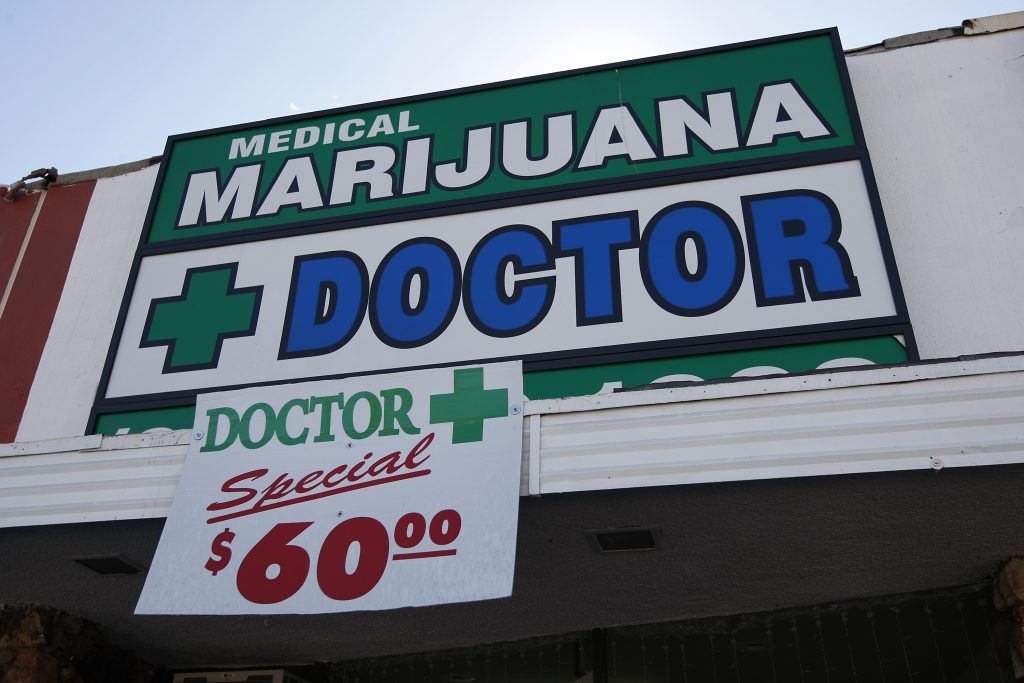 Do You Still Need a Doctor’s Recommendation?

With the passage of Prop. 64 and the legalization of marijuana for adults 21 and over, many patients are wondering if they should bother to renew their recs when they expire in 2017 and for those who have never gotten one, if there is any reason still to do so.

If you never possess more than an ounce and if you can either grow enough on your own or have friends who will provide it to you, the answer may very well be you don’t need one, but for the majority of marijuana consumers, a medical marijuana recommendation provides some very real world benefits. 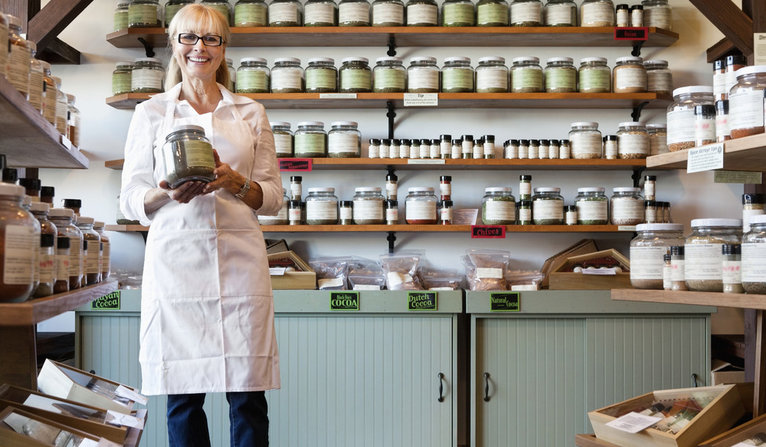 If you purchase marijuana as most people do, there will not be any legal adult-use dispensaries until Jan. 1, 2018 so the only legal marijuana dispensaries still available in 2017 are the ones that provide only to medical marijuana patients. There are some dispensaries that are jumping the gun and have started selling to anyone over 21, but they are taking a calculated risk in order to make some extra money as even with the passage of Prop. 64 the sale of marijuana to non-medical patients remains a serious offense.

Not as serious as before the passage of Prop. 64 when the sale to people who were not medical marijuana patients was a felony with up to 3 years in jail imposed upon conviction. Under Prop. 64 sales without a license is now a misdemeanor with fines up to $500 and six months in jail. Note it is not illegal to sell marijuana to adults 21 and over – just like alcohol it is illegal to sell marijuana without a license, but licenses will not be available until Jan. 1, 2018.

Granted a misdemeanor is significantly less onerous than a felony, but six months in jail is still six months of lost freedom as well as a criminal record. Further a third conviction for sales without a license is a “wobbler” meaning the District Attorney can charge it ether as a misdemeanor or felony meaning you could get up to three years. Even more threatening is if you sell to a minor – no change in the law there and it remains a felony under Prop. 64 with prison terms up to seven years. It is legal to sell to minors if they are a medical marijuana patient.

With the advent of sales to all adults commencing Jan. 1, 2018, purchasing marijuana may no longer be a reason to obtain a doctor’s recommendation, but there are still significant advantages in having that recommendation.

Number one would be the ability to grow significantly more than 6 plants which is the maximum a person can grow under Prop. 64. Even worse, Prop. 64 limits the number of plants that can be grown in a single family residence to a total of six even if four adults live there.

A medical marijuana patient may grow as much marijuana as medically necessary, a somewhat loosey-goosey number leaving much up to the discretion of the police officer inspecting a grow and his expertise in deciding if the number of plants under cultivation is a reasonable number for a patient’s needs.

The police officer’s discretion notwithstanding, the bottom line is if you want to grow more than six plants, you will continue to need a doctor’s recommendation.

Prop. 215 does not allow for an arbitrary restriction on the number of plants a patient can grow. However the Medical Cannabis Regulation and Safety Act (MCRSA) which implements Prop. 215 allows local government to ban any cultivation whether it is indoor or outdoor. So although you have the right to cultivate and possess as much marijuana as medically necessary, your local government can take your right to cultivate away by banning any mmj cultivation under their zoning laws. 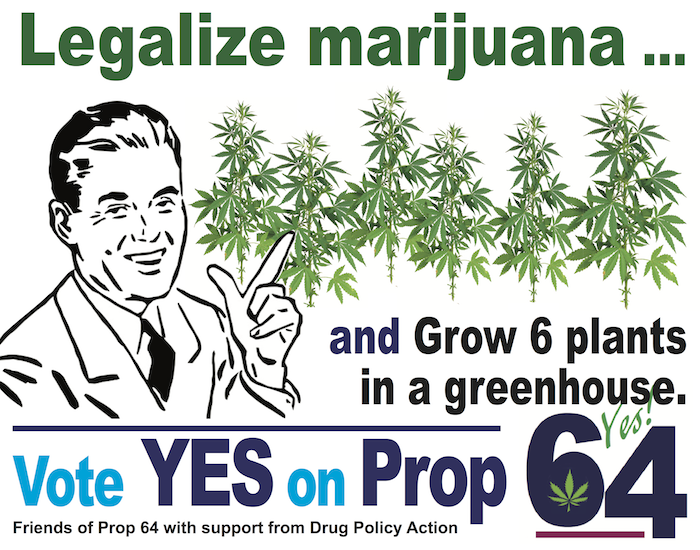 Although indoor cultivation bans were overturned by Prop. 64 and local governments can no longer ban indoor cultivation, this does not give patients the right to grow as much marijuana as medically necessary indoors. If your local government bans all mmj cultivation, patients are restricted to just six plants because their right to grow indoors comes from Prop. 64 and not from Prop. 215 which, although allowing the cultivation of as many plants as medically necessary also allows cities and counties to ban all cultivation. 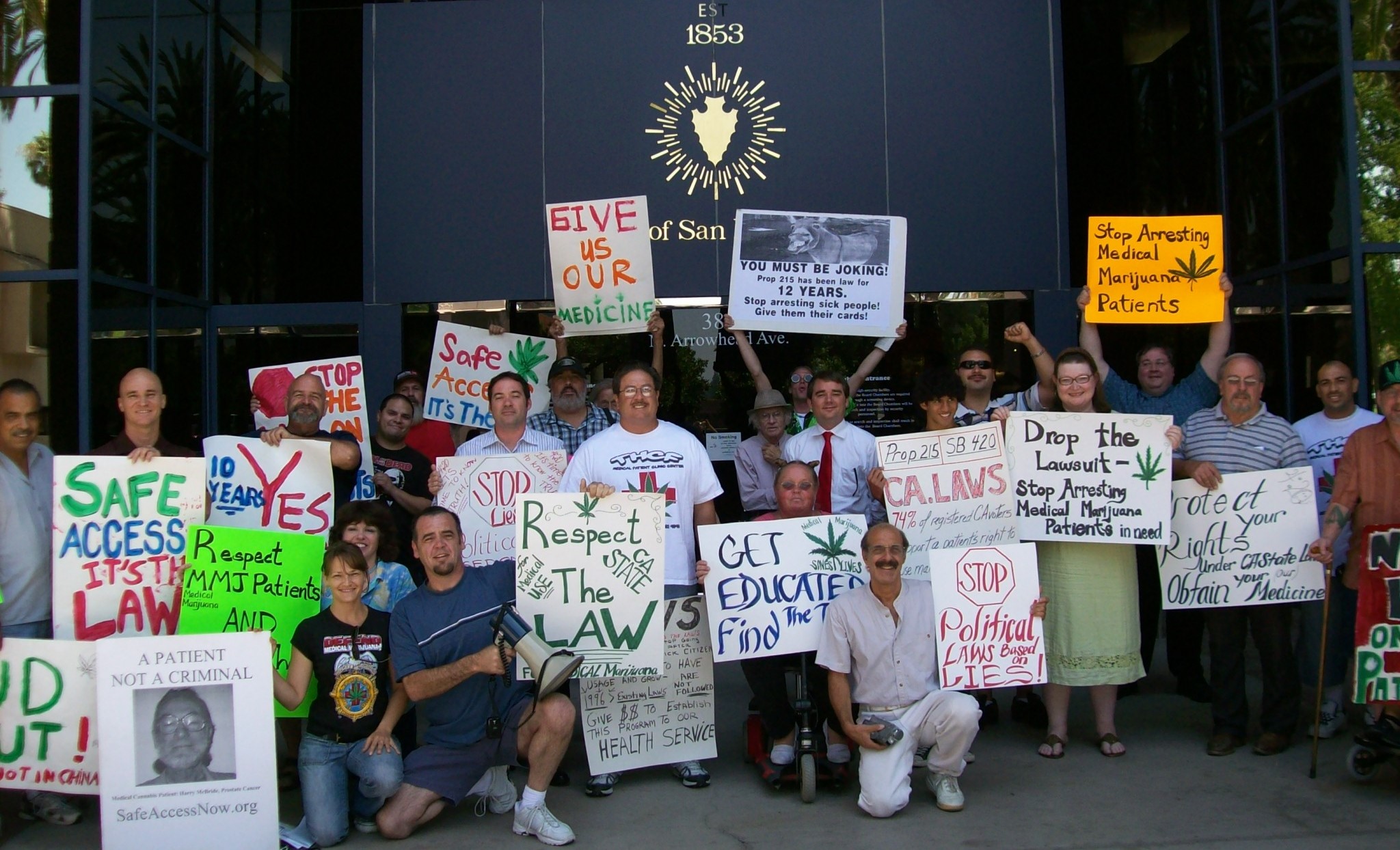 If you think this is a crock – well it is – but making marijuana more rationally accessible isn’t going to happen by waving a magic wand. It should be no surprise that although we continue to get laws passed that enhance our rights to access marijuana, we keep getting screwed on the local level - doctor’s recommendation or not. It’s going to take and activism and involvement by folks like you who are reading this newsletter – if we continue to passively stay home and hope that others will carry the day, we will continue to get the short end of the stick.

Under Prop 64, you are restricted to no more than one ounce if you leave your home. With a doctor’s recommendation you can leave with up to 8 ounces. The same is true for concentrates as with Prop. 64 you are limited to 8 grams whereas under Prop. 215 with a doctor’s recommendation you can have as much as medically necessary. Whether that means you can walk out of your house with a half-pound of wax under your arm is problematic at best. Unless you can prove that you need a half-pound of wax for your own personal medical use, carrying a half-pound of wax around is not advised.

Another advantage is the sales tax exemption afforded to medical marijuana patients under Prop. 64. If you obtain the state mmj ID card through your county health department, you will not have to pay sales taxes when you purchase marijuana at a local dispensary. With sales taxes running from 8.5% to 10%, this can result in significant savings. However, you will need to obtain the state ID card which, under Prop. 64, has been reduced to $100 and for MediCal patients has been reduced to $50.

No one should be without health care services and the County Medical Services Programs are a California program designed to catch some of those people who are falling through the cracks. If you know of someone in that category or if you yourself are in that category, call your local county health department and learn if you or they can qualify.

To find out how Prop. 64’s mandate to provide free ID cards to indigent patients is being implemented in the Inland Empire I called both Riverside and San Bernardino Counties medical marijuana id card programs. I was stunned to discover that both counties were unaware of the mandate to provide a free card.

I spoke with Carol Lieber of the Riverside Co. mmj ID program and after a couple days of conferring with program administrators she was able to report that the County will now be giving out free mmj ID cards to indigent patients who are enrolled in Riverside County’s Medical Services Program. They need only request it when making their application for a mmj id card.

Not surprisingly San Bernardino County is proving a bit more problematic. I have been in touch with Lana Cao, public information officer for SB Co. Public Health. She is not aware of the County providing a free ID card at this time and has been diligently trying to contact the “necessary individuals” to provide an answer to whether the County is working to comply with Prop. 64’s mandate to issue free ID cards to indigent patients. I was hoping to receive positive news to publish in this newsletter, but I just couldn't wait around like forever.

As recalcitrant as SB Co. is whenever it comes to anything to do with marijuana, Ms. Cao seems fairly confident that they will get with the program sooner rather than later. In the meantime, indigent patients are not able to receive a free mmj ID card in SB County. I remain in contact with Ms. Cao and hopefully will be able to report in the next newsletter that eligible SB Co. residents will be able to have the fees waived for a mmj ID card.

I was a bit taken aback that neither Riverside nor San Bernardino Counties was cognizant of the Prop. 64 requirement to provide free mmj id cards to medically indigent residents and so I contacted a few other counties to see if they were meeting the mandate. Some like Imperial County had no idea that they were supposed to do that and others like San Diego County were fully aware of the mandate and have initiated procedures so that their residents who are qualified can receive a free mmj id card.

I am in the process of contacting other counties mmj ID card programs to find out if they are issuing free mmj id cards as required by Prop. 64. I intend to make the list available next week. If nothing else I hope that my contact with county mmj ID card programs will lite a fire under the counties that are not issuing free id cards to get with the program and start doing so.

Getting back to another real world advantage of having a doctor’s recommendation would be for those who travel to Arizona and want to take marijuana with them. Arizona was the only state that had a marijuana legalization initiative on the ballot in 2016 that did not pass (it almost passed – 52.1 no to 47.9 yes), but medical marijuana remains legal and Arizona’s mmj law allows for reciprocity. A medical marijuana patient may bring 2.5 ounces of marijuana into Arizona, but you better have your doctor’s recommendation with you.

Finally, and for some most importantly, having a doctor’s recommendation makes your use of marijuana seem more respectable and proper. With a doctor’s rec in your hands, family, friends, co-workers and more will give you a pass and not write you off as a ganja smoking stoner pothead.

Bottom line – at least for 2017, its best to renew your doctor’s recommendation.