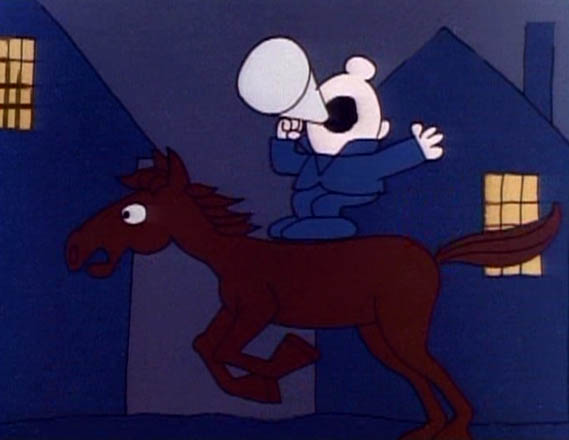 Jeff Sessions may be hiding out after lying to congress about meeting with Russians during the Presidential campaign, but he is not lying low when it comes to marijuana. He is taking the DOJ MJ prohibition axe out of mothballs and is determined to bring it down on the head of marijuana consumers and providers.

On March 9 on an interview on conservative talk show host Hugh Hewitt’s radio program, he made it very clear that he intends to use all the resources at his disposal to take down the states that have legalized the use of marijuana.

HH: Let’s talk about the rule of law. I have a piece coming out in the Washington Post about this on Sunday, Attorney General Sessions. One RICO prosecution against one marijuana retailer in one state that has so-called legalization ends this façade and this flaunting of the Supremacy Clause. Will you be bringing such a case? 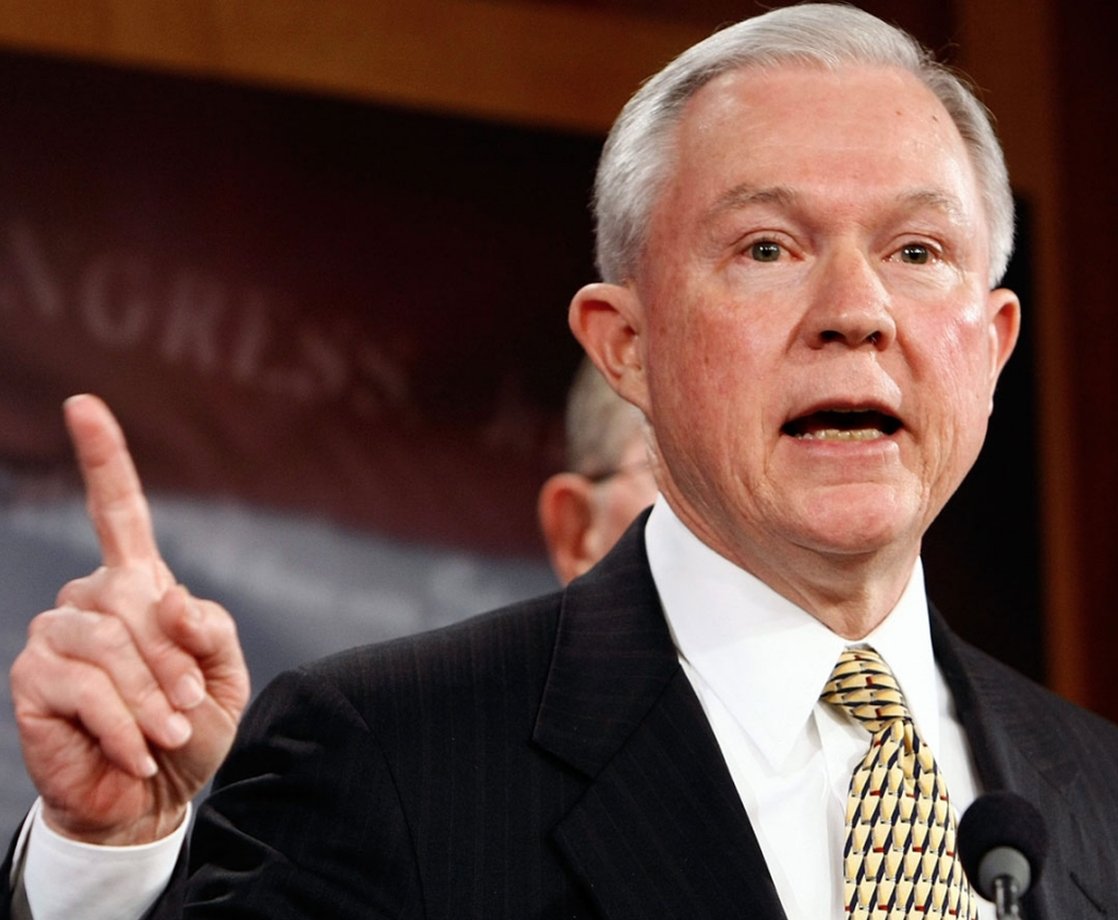 JS: We will, marijuana is against federal law, and that applies in states where they may have repealed their own anti-marijuana laws. So yes, we will enforce law in an appropriate way nationwide. It’s not possible for the federal government, of course, to take over everything the local police used to do in a state that’s legalized it. And I’m not in favor of legalization of marijuana. I think it’s a more dangerous drug than a lot of people realize. I don’t think we’re going to be a better community if marijuana is sold in every corner grocery store.

HH: No, but it would literally take one racketeering influence corrupt organization (RICO) prosecution to take all the money from one retailer, and the message would be sent. I mean, if you want to send that message, you can send it. Do you think you’re going to send it?

JS: Well, we’ll be evaluating how we want to handle that. I think it’s a little more complicated than one RICO case, I’ve got to tell you. This, places like Colorado, it’s just sprung up a lot of different independent entities that are moving marijuana. And it’s also being moved interstate, not just in the home state.

JS: And neighbors are complaining, and filed lawsuits against them. So it’s a serious matter, in my opinion.

Sessions then went on to conflate the problems of opioid addiction with marijuana.

JS: And I just came from a big rally in New Hampshire yesterday, Hugh. This is, this opioid problem is just huge. There were 9,000 high school and junior high school students there. A mother I met who had lost a son three months before, a child, and she said there were 50 more mothers there who’d lost children speaking to those kids. We’ve had this huge opioid surge in America, 120 people a day die from drug overdose. And I do believe, and the President has issued an order to the Department of Justice to crack down on drugs and these international cartels that are moving this Fentanyl that’s so deadly into our country. And we’re going to step up that in a very vigorous way as I talk to United States Attorneys yesterday by conference call.

Of course he ignores and Hugh Hewitt didn’t embarrass him with the fact that states in which marijuana is legal have a 25% lower opioid mortality overdose rate than states which don’t have legal marijuana because so many patients are using marijuana instead of opioids to treat their pain.

Although his willful ignorance and/or disregard of science is troubling, what is especially distressing is the threat to use RICO laws to go after states that have allowed the use of marijuana. Passed in 1970, the Racketeer Influenced and Corrupt Organizations Act (RICO) is a federal law designed to combat organized crime in the United States. It allows prosecution and civil penalties for racketeering activity performed as part of an ongoing criminal enterprise.

RICO has succeeded in blurring the lines between state and federal law enforcement and in overturning the protections of the due process clauses found in the Fifth and Fourteenth amendments to the United States Constitution. Due process deals with the administration of justice and thus the due process clause acts as a safeguard from arbitrary denial of life, liberty, or property by the Government.

The federal Racketeer Influenced and Corrupt Organizations Act “RICO” was part of President Richard Nixon’s 1970 omnibus crime bill and was designed to combat the Mafia. While that is how the law was supposed to work, federal prosecutors have used it to create criminal and civil penalties for members of any organization that engage in so-called patterns of criminal activity.

To successfully prosecute for RICO it must be shown that members of a criminal enterprise engaged in a pattern of racketeering that had an effect on interstate commerce. Here is a simple explanation of what this means:

Due to marijuana being an illegal schedule one drug, a marijuana dispensary, whether medical or adult-use, would definitely qualify for prosecution under the RICO laws which make obtaining a conviction relatively easy for federal prosecutors.

California and the seven other states that legalized marijuana better prepare for a federal assault with Sessions using every means at his disposal including RICO laws to slay the evil dragon of marijuana legalization.

Mark Kleiman, professor of Public Policy at New York University and Washington State’s top marijuana consultant after voters legalized marijuana in 2012, concurs stating that the Trump administration “could shut down the legal cannabis industry everywhere in the country with the stroke of a pen.”

Kevin Sabet, professional drug warrior and president of the anti-mj legalization group Smart Approaches to Marijuana, agrees with Prof. Kleiman stating “Let’s just say that if I had marijuana stocks right now, I’d be shorting them. This is a man (Sessions) who we know is staunchly anti-legalization. There’s no way around that. Things are about to get interesting.”

As Sessions noted in the Hugh Hewitt interview, “it’s not possible for the federal government, of course, to take over everything the local police used to do in a state that’s legalized it.” Federal law enforcement has always counted heavily on local police in any of their raids on patients and dispensaries.

Exactly how to respond to those threats is vexing. California's new attorney general Xavier Becerra told the LA Times he agreed with voters who passed Prop. 64 and that “It was wise for us to regulate versus criminalize marijuana, but we do face some challenges.” However he did not elaborate on what those challenges were or offer any clues on how his office would meet those challenges. 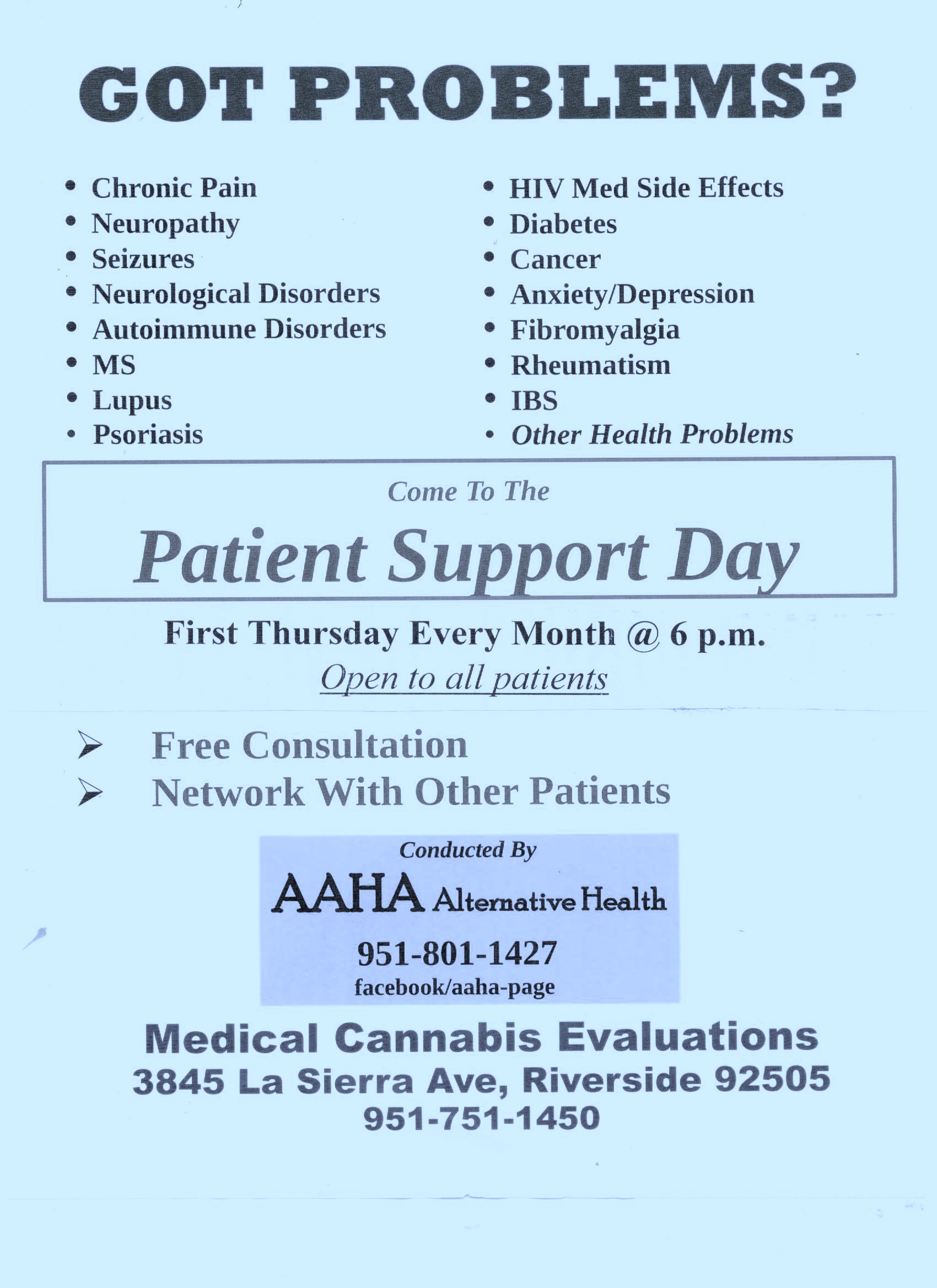 That is why AB 1578, sponsored by Assemblyman Jones-Sawyer (D-LA) is so important. At the moment it is really the only show in town as it will prevent police on the state and local level from assisting the DEA and other federal police agencies from providing any kind of support when raids are conducted against marijuana cultivators and providers.

In a conversation I had with a legislative aide to Assemblyman Jones-Sawyer, I was informed that the League of California Cities and the California Chiefs of Police Association have already expressed displeasure with AB 1578 and organizing and lobbying to derail it.

This is serious opposition as these are the same two organizations that successfully led the attack on Prop. 215 that essentially gutted its provisions that required the state to “implement a plan to provide for the safe and affordable distribution of marijuana to all patients in medical need of marijuana.”


As might be expected, the marijuana community is wringing their hands over the issue, but there is really no coordinated work being done to confront the oncoming onslaught. It seems most ganja entrepreneurs are too busy counting all the money they are making off of patients to part with any significant amount to any organization that has the ability to actually do something to thwart the oncoming federal assault.

Since 7 of the 8 states that have legalized marijuana went for Hilary Clinton (California delivered the overwhelming number of votes that gave Clinton the popular vote irritating the notoriously thin-skinned Trump), it is doubtful that these states will have any influence on the federal level.

Make no misstake – what the feds are about to do is not an economic issue, it is not a social issue – it is a political issue. It is getting our elected state legislators to support AB 1578 right now.

With the opposition of the League of California Cities and the California Chiefs of Police Association, getting AB 1578 approved is going to be an uphill battle, but it is battle that can be won with the support of marijuana consumers, cultivators and providers.

With Democrats holding a super-majority in the California legislature, the ability to contact these legislators for support is facilitated through the Brownie Mary Democrats of California. As one of only six officially chartered organizations by the California Democratic Party, it is in a unique position to contact and connect with Democratic legislators throughout the state. I have been working with Assemblyman Jones-Sawyer’s office to implement a strategy to get AB 1578 approved.

In my next newsletter I will lay out the plans on how we can accomplish this on the local level, but understand we can only succeed if and when marijuana consumers, cultivators and distributors unite and get involved in their local communities. If you sit on the sidelines and do not get involved with your time and financial support, then the prophetic words of Professor Kleinman that the Trump administration “could shut down the legal cannabis industry everywhere in the country with the stroke of a pen” will surely come true.

Please support us in our efforts to protect our new hard-won rights by joining our 420 Club and donating $4.20/month (that' just 14¢/day) - Become an enabler and enable us to continue doing what we do!