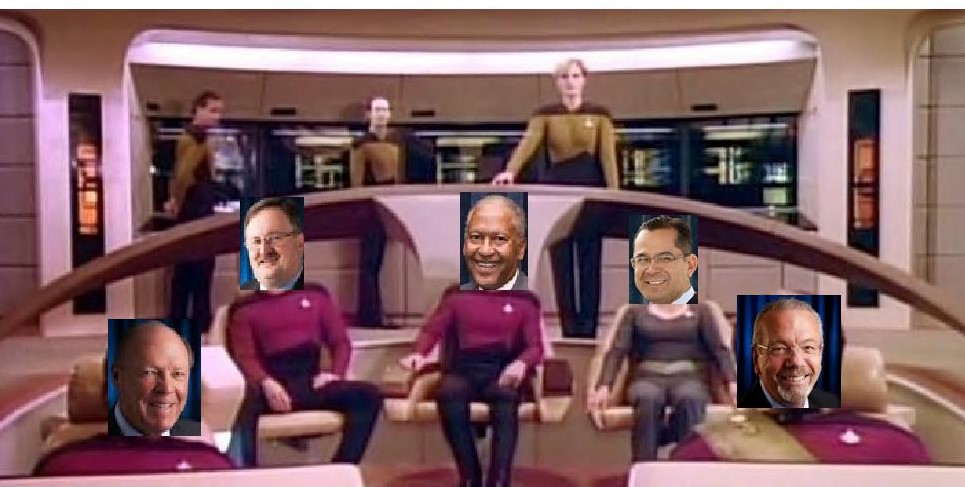 Riverside County “to boldly go where no one has gone before.”

Riverside County is about to take another big semi- step toward implementing regulations for cannabis businesses in its unincorporated areas with a hearing by the Board of Supervisors on Tuesday, Oct. 23. 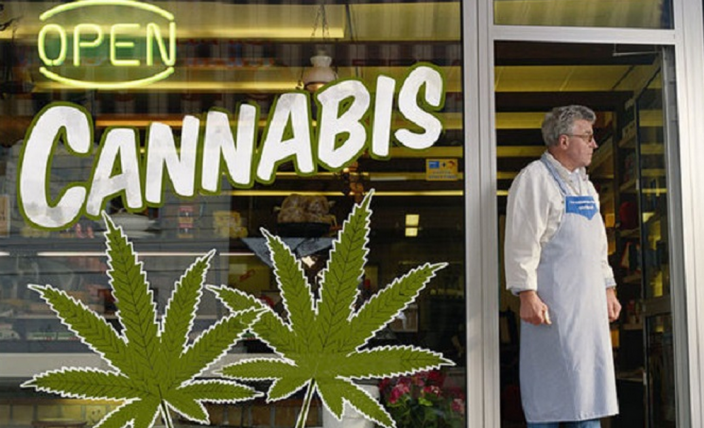 Enacting the business provisions allowed for in Prop. 64, the 62 page ordinance covers everything from cultivation to sales with a complex licensing system, bureaucratic regulations and a financing program that is so byzantine that the County still has no idea what it will look like, how it will operate and what it will even do.

In many ways the ordinance is a boiler-plate repetition of the various licensing and regulation schemes already enacted in about a third of California’s counties and cities. Lots of hoops to jump through but not any more onerous than those found in most other ordinances.

One of the more controversial provisions is over where marijuana can be cultivated. Large rural areas that are designated rural residential and rural agricultural are being denied the right to commercially cultivate. A lot of people with large amounts of acreage feel this is wrong and negatively impacts their ability to earn a living and even more importantly the value of their land. This will be one of the sections that will be hotly contested at the October 23 BOS hearing.

Since any kind of assessment based on sales is a tax, the multi-million dollar question then is how do you use a Developer Agreement to get money if you cannot impose a tax? If the “fee” looks like a tax, walks like a tax and smells like a tax then it is a tax and bypassing a vote by calling a tax a “community benefit fee” or any other name is forbidden by Prop. 218.

This is why there is not a single Developer Agreement model being used anywhere in California for any municipality that is licensing anything more than just a couple dispensaries. Stanislaus County is the only other county that is trying to use a Developer’s Agreement but after close to a year trying to make it work, the County still has no working model of what a “community benefit fee” will be or more importantly what the “base rate” (how much businesses will pay) will be.

Palm Desert, a city of 48,000, will vote on a cannabis business tax on Nov. 6. It is estimated to take in about $5.5 million in taxes each year. Unincorporated Riverside County has a population of approximately 360,000 or seven times the size of Palm Desert. If Riverside Co. taxed cannabis businesses at the same rate as Palm Desert, the County would take in over $38 million dollars a year. Can a community benefit fee bring in an equal amount?

Maybe we have a very unusual situation here in that the Riverside Co. BOS realizes that cannabis is so critical for the health and welfare of the community that consumers should not have to pay high taxes for this product. BTW the sun is coming up in the west tomorrow.

Here’s where it gets really weird. As if using the word “business” is verboten when applied to cannabis, Ms. Leach used the word “project” instead of “business” when referring to an individual cannabis business writing “each project will propose how they will contribute to the community that they are impacting, working with the community and the County to come up with a negotiated Additional Public Benefit.  It is intended that this Additional Public Benefit will be negotiated on a project specific basis, looking at the community where the project is located and the needs of that community.”

Could you even begin to imagine the complexity, volumes of paperwork and bureaucratic entanglements that would be involved if every business in Riverside County had to go through the above in order to obtain a business license – business activity would grind to a halt!

A Developer’s Agreement is a guaranteed full employment program for lawyers. Applied to an entire industry and not to just a very singular and unusual business activity (which is what Developer Agreements were created for) is absurd, unworkable and just plain bizarre. Makes one wonder what the BOS have been drinking.

I have no idea how much money Riverside County is paying HdL to “invent the wheel,” but it will be interesting to see if the taxpayers get their money’s worth and HdL can find a way for Riverside County “to boldly go where no one has gone before.”

If the BOS approves the ordinance on Oct. 23, then it goes into effect on Dec. 24. Will HdL be able to "invent the wheel" in that 60 day period? It really would be great if they can, but holdings one's breath could be hazardous to your health. If they can't come up with a workable Developer's Agreement, then the ordinance will not go into effect and the ban on commercial marijuana businesses will remain in effect.

Not to be conspiratorial, but most of the members of the BOS were opposed to Prop. 64 even though the majority of Riverside County voters approved Prop. 64 and rightfully expect it to be fully implemented including allowing cannabis businesses to operate. Perhaps some of the BOS members have championed the Developer Agreement model knowing full well that it would fail thereby thwarting one of the major components of Prop. 64.  They could still claim that they were doing their best to implement its commercial business provisions and they are sincerely sorry that it didn't work out and the ban is still in effect.

If you want to read the ordinance and the hundreds of pages of staff reports, implementation processes, policies and all the other assorted bureaucratic folderol, CLICK HERE.

If you want to see what the fuss is all about, make a 3 minute presentation to the BOS of your opinion on the ordinance and witness real live BOS reefer madness, then mark your calendar for the Riverside County BOS meeting on Tuesday, October 23 at Riverside County Administration Center at 4080 Lemon St, Riverside, CA 92501.

The meeting starts at 9 a.m. but consideration of the ordinance is listed on the agenda for 10:30 a.m. It is possible the BOS may limit the number of speakers they will put up with, so if you want to testify, you might want to get there considerably earlier than 10:30 a.m. to sign up.

For those voting by mail ballot in California, you should have received your ballot by now. If you have not already received it, you should in the next couple days. If you don’t have it by Monday, better contact your county registrar of voters to find out why you haven’t.

Excellent California voter guides have been issued by CaNORML and the Drug Policy Alliance. CaNORML has tailored the guide to the district in which you live. To get CaNORML’s voter guide customized for your area CLICK HERE. To get DPA’s more generalized voter guide, CLICK HERE.

Cannabis’s success in the 2018 California legislature was more negative than positive. With Gov. Brown vetoing quite a few of the bills that passed, the record was even more dismal.

Even worse has been our success on the local level with the majority of city councils and county boards refusing to implement ordinances to allow cannabis businesses and passing bans on outdoor personal cultivation.

The depressing record can be laid at the feet of the relative lack of clout cannabis businesses and consumers have on our elected officials whether on the state or local level. We need to do better in 2019. Who is elected to office makes a big difference – so check out the voter guides and then vote – your vote does make a difference. Get your family, friends, co-workers and the curmudgeon down the street to vote too – all your votes really make a difference.