On Wednesday, June 20 at 9 a.m. the Riverside County Planning Commission will be holding a hearing on an ordinance that will allow commercial marijuana businesses to operate in the unincorporated areas of Riverside County.

Although Prop. 64 does allow cities and counties to ban the implementation of its commercial marijuana business provisions, the Riverside Co. Board of Supervisors (BOS) have wisely chosen to implement the will of the voters in Riverside County who approved Prop. 64 and expect the regulation and taxation of commercial marijuana businesses to be reasonable.

Medical marijuana patients have nothing to fear as the new ordinance clearly exempts them from its provisions restricting non-commercial personal cultivation to no more than six plants. It will for the first time license cultivation, manufacture and distribution of marijuana both medical and adult-use eventually bringing an end to the game of whack-a-mole with marijuana businesses.

Too good to be true? Very possibly! If you can it would be extremely prudent to show up at the Planning Commission hearing this Wednesday as there may be portions of the ordinance some may not like and it seems skullduggery is afoot to thwart the successful implementation of the ordinance.

Before we get to the skullduggery let’s take a look at what the ordinance does allow.

Most importantly the ordinance makes provisions for all cannabis businesses EXCEPT delivery services. Cultivation, manufacture of edibles and concentrates, testing, cannabis festivals and microbusinesses are allowed.

The ordinance is 54 pages of minutiae regulating all of them. If you are interested in starting up any of these marijuana businesses, then you need to read the minutiae in the ordinance and you can do that right now if you CLICK HERE.

If you don’t like what you see, and there are some things not too like, then you need to show up at the Planning Commission hearing this Wed. June 20 at 9 a.m. and let them know what irks you and why. I have no idea how open they are to making changes, but if they don’t hear from you, be assured no changes will be made.

With one exception all cultivation is restricted to indoor only. Greenhouses are considered to be indoor cultivation and have very stringent requirements. An interesting twist with a nod to conservation and climate change, the ordinance requires:

The one exception to the indoor cultivation requirement:

Outdoor Cannabis Wholesale Nurseries are allowed on lots larger than or equal to one gross acre in the following zone classifications with an approved conditional use permit in accordance with Section 18.28 of this ordinance.

What is section 18.28? Good question – it is not in the ordinance. Section 18.28 is referred to several times in the ordinance including in reference to the nefarious Developer Agreement and just what it is remains unknown. I am going to try and run that down on Monday – if you are interested in knowing about Section 18.28, send an email to me at: [email protected] and I will send you a special email with whatever information I can uncover.

Taken as a whole the ordinance is really not that bad - in fact in many ways it is pretty good. If you are considering getting in the business or just want to be knowledgeable on what is being proposed for your neck-of-the-woods, you would be wise to read the ordinance.

On the face of it, the ordinance appears to be workable but here comes the skullduggery.

In August 2017, the BOS made a commitment to move forward with implementing the provisions of Prop. 64 allowing commercial marijuana businesses. It was “assumed” that the County would be developing the same type of license and regulate ordinance with a tax to be submitted to the voters in November 2018 similar to ones being used by almost every municipality that has allowed commercial businesses.

However you know what they say when you “assume” and they sure would have been right when Supervisor Chuck Washington threw a monkey wrench into the process calling for the ordinance to enact a Developers Agreement model instead of the tried and true license, regulate and tax model that is used almost everywhere else in California.

Since Supervisors Ashley and Tavaglione were opposed to allowing any commercial marijuana business, it would require agreement of the three Supervisors to implement any ordinance. Without Washington’s vote for the license, regulate and tax model, the only option became Washington’s Developer Agreement model.

Still it would require three votes and Supervisor Jeffries was so opposed to the Developer Agreement model that he voted against it even though he was in favor of allowing commercial marijuana businesses. Although favoring the tax and regulate model, Supervisor Perez voted for it in order to keep the process alive. Why Supervisor Ashley voted for it was the big surprise but it could be that he is well aware that a Developer Agreement model would never work.

If that was the reason Supervisor Ashley voted for the Developer Agreement, he is most assuredly right on target as a Developer’s Agreement would not work applied to the cannabis industry across the board - especially the retail distribution section.

A Development Agreement requires Riverside County to make a separate agreement with each applicant for a marijuana license whether it is for cultivation, manufacture or distribution. There is no such thing as a cookie-cutter Development Agreement. If the County issues 25 cultivation licenses, 35 manufacturing licenses and 40 retail outlets, a separate and unique agreement with each must be created.

The multi-million dollar question then is how do you use a Developer Agreement to get money if you cannot impose a tax? If the “fee” looks like a tax, walks like a tax and smells like a tax then it is a tax and bypassing a vote by calling a tax a “community benefit fee” or any other name is forbidden by Prop. 218.

This is why there is not a single Developer Agreement model being used anywhere in California for any municipality that is looking to license anything more than just a couple dispensaries. Stanislaus County which has been trying to use a Developer Agreement has not been able to develop a working model and according to a meeting they had with Riverside County officials now regrets taking that approach.

If the Development Agreement does not work out for that reason or any other, that due to the timetable being followed for crafting a Developers Agreements proposal there would not be enough time left to write a tax and regulate initiative for the Nov. 2018 ballot.

Charissa Leach, Assistant Director in the Riverside Co. Planning Commission, agreed with my assessment writing in an email sent to me:

“There will be a very limited amount of time for county staff to write and submit to the board, a tax ordinance if the Developer Agreement proposal is not approved by the Board. It is possible that this very limited amount of time might not be enough time for county staff to prepare the tax ordinance for the Board’s approval and hence, the ballot.”

The continued reliance on the Developers Agreement practically guarantees that there will be no tax and regulate ordinance prepared in time for the November 2018 ballot. Jeff Greene, Chief Legislative Aid for Supervisor Jeffries, agreed writing in an email to me “we may simply have to wait until a new board is seated in January to do it right.”

I find that to be an untenable position for the County to be in and a slap to the face of the voters in Riverside County who voted in favor of Prop. 64. 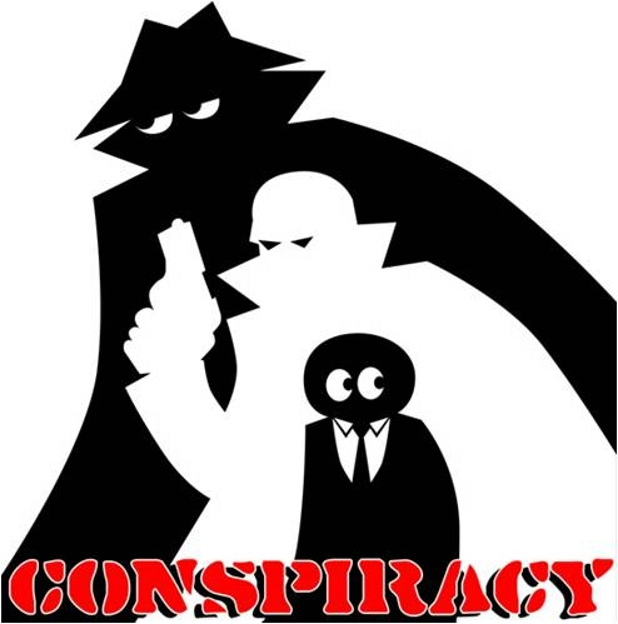 CONSPIRACY THEORY TIME: Is it possible that those opposed to implementing the commercial marijuana business provisions of Prop. 64, came up with the Developers Agreement model knowing full well that it would fail? The failure would result in a license, regulate and tax ordinance and initiative not being prepared in time for the November 2018 ballot thereby putting off for at least a year allowing commercial marijuana business in unincorporated Riverside County.

Whether it is a valid conspiracy theory or not, it is my intention to bring this up at the Planning Commission hearing on Wed. June 20, More importantly, I intend to be at the Riverside Co. BOS meeting on Tuesday, June 19 to speak during the Public Comment section on the need for the BOS to direct County staff to prepare a standard license, regulate and tax ordinance and have it ready in time to be placed on the ballot when the Developers Agreement falls flat on its face.

If  you have any interest in engaging in any commercial marijuana operation, you should do everything possible to attend the Planning Commission meeting on Wed. June 20 which begins at 9 a.m. Read the ordinance and find out how it would apply to you and then come and let them  know your concerns by testifying at the hearing . You will have three minutes to speak before the Planning Commission.

Both meetings are held in the BOS Chambers on the 1st floor of the Riverside County Administrative Bldg. in downtown Riverside at 4080 Lemon St., Riverside 92501.

The bill has passed the Senate and is now in the Assembly. Please call your Assembly member and ask them to support SB 289.

If you don’t know who your Assembly member is go to: http://findyourrep.legislature.ca.gov/

Enter your address and then click on your Assembly member’s name. At the website you can find the phone number and call them asking for their support of AB 289.

Help us continue to bring it to you

Become a 420 Club Member - Donate $4.20 a month securely from your credit card

Speaking of Value for Your Money

Advertising with us is pocket change