Over the 20 years since the passage of Prop. 215, we have witnessed the perils and problems of implementing marijuana legislation. Patient cultivators and distributors arrested, the state legislature allowing local governments to ban distribution and patient cultivation and the overall creation of a hostile environment towards patient access to medical marijuana.

Although the passage of Prop. 64 may have solved the problem of people being arrested for possessing marijuana, it did little to solve the other problems found in Prop. 215. For businesses distributing marijuana or wanting to be involved in distributing marijuana, Prop. 215 and Prop. 64 have created a complex and politically charged infrastructure that will be sorted out by both local and state elected officials.

We must learn from the poor and haphazard implementation of Prop. 215 so that Prop. 64 is fully and properly implemented and that adults will have safe, reliable, local and affordable access to marijuana. The major takeaway is that the political environment for marijuana distributors has been controlled by those opposed to marijuana distribution, such as police and other regulatory agencies, and not by marijuana consumers, cultivators and distributors.

Currently, there are 44 bills in the California state legislature affecting and controlling the use and distribution of marijuana as permitted under both Prop. 215 and Prop. 64. To read about these 44 bills CLICK HERE. It is imperative that marijuana consumers, cultivators and distributors have an effective, respected and officially recognized voice to make their concerns known, addressed and implemented.

Whatever political party you may or may not identify with, the political reality is that the government of the state of California is totally controlled by the California Democratic Party. Every statewide office is held by a Democrat and both the state Senate and state Assembly have a super-majority so that no votes of any other political party are needed to pass any legislation.

As one of only six officially chartered organizations by the California Democratic Party, the Brownie Mary Democrats of California is the only pro-marijuana organization that has this kind of access to the legislators that are creating, amending and passing the laws that will affect marijuana consumers, cultivators, processors and distributors. 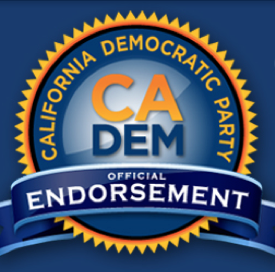 During the four years that the Brownie Mary Democrats have been part of the California Democratic Party, they have been responsible for the party adopting planks and resolutions calling on elected Democrats on all levels of government to support marijuana legalization, end enforcement of IRS code 280e preventing marijuana business from deducting expenses on federal taxes, seeking clemency for federal non-violent marijuana offenders in federal prison and for ending the denial of organ transplants to patients that use marijuana to treat their ailments.

Getting the California Democratic Party to support enactment of reasonable regulations and create a political environment in which marijuana businesses are recognized as part of the mainstream business community and accorded the same respect and treatment as other businesses is an accomplishment that the Brownie Mary Democrats is uniquely situated to achieve.

It is now time for the next step and that is to put these accomplishment to use by working with elected Democratic lawmakers towards developing legislation that advances the acceptance and availability of marijuana as well as opposition to legislation that seeks to curtail its distribution and a return to the prohibitionist laws that were repealed with the passage of Prop. 215 and Prop. 64.

As an officially chartered organization by the California Democratic Party, we are ideally situated to provide educational materials and dialogue with our legislators about the accepted and rising status of marijuana in our communities.

Whether it is the pharmaceutical companies, the petroleum industry or giant agricultural conglomerates, businesses spend hundreds of millions of dollars every year supporting organizations that can work with and influence elected officials on issues of importance that affect their ability to do business. A most telling example is the funding by the gun industry and gun owners of local, state and national organizations. In California, the Brownie Mary Democrats is the best organization to represent the interests of marijuana consumers, cultivators, processors and distributors when it comes to convincing Democratic legislators to support bills that will benefit and oppose bills that do not.

One of the very best opportunities to connect with Democratic legislators on the federal, state and local level is at the annual state convention of the California Democratic Party. Over 3,000 elected delegates and another 1,000 elected state, local and party officials are in attendance creating the most advantageous, conducive and favorable environment for interacting with the people who are enacting and implementing the laws and regulations that will affect all strata of marijuana consumers and businesses. 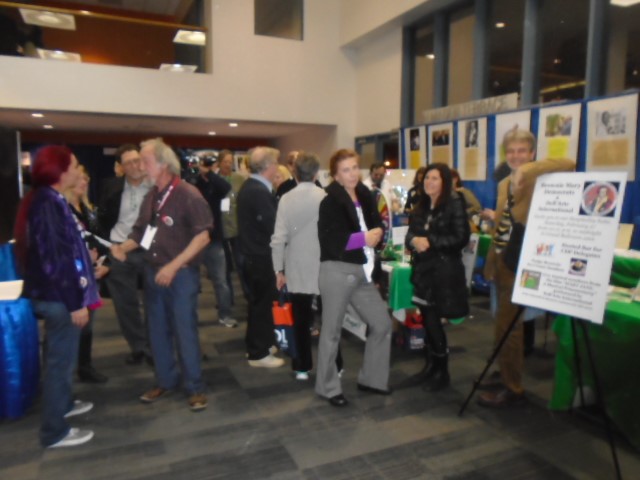 In addition to interacting and providing information to 4,000+ Democrats at the state convention BMD-CA is also introducing a resolution calling on the Democratic Party and all Democratic officeholders to support AB 1578, a legislative bill introduced by Assemblyman Jones-Sawyer that would prevent state and local police or government agencies from cooperating with or providing assistance to any federal agency conducting raids to arrest, prosecute and/or imprison marijuana cultivators and providers.

To do this we need to have a first-rate and professional presence at the 2017 California Democratic Party convention from May 19 – 21 in Sacramento.  Whether it’s $5, $50, $500 or more, I am asking for your financial assistance to give BMD-CA the resources to craft a positive impression and to develop the political influence to produce positive legislative results for marijuana consumers, cultivators, processors and distributors.

If you have the time, BMD-CA would be delighted to have you join them at the Sacramento Convention Center for the CaDEM State Convention. You could help staff their exhibit booth, attend all the meetings of the CaDEM caucuses (Progressive, Women, Native-American and more than a dozen other caucuses) and attend the  annual meeting of the BMD-CA on Saturday, May 20 at 6 p.m. at the Old Spaghetti Factory located just 3 blocks from the Sacramento Convention Center.

Each contributor will receive a Certificate of Responsibility suitable for framing and display along with placement on a poster at the exhibit booth listing the names of contributors. Donations of $500 or more entitles you to two official observer passes that lets you and a guest attend the general sessions that are open only to delegates and that have featured speakers of the caliber of V.P. Joe Biden, U.S. Senator Elizabeth Warren and Gov. Jerry Brown.

YES, I understand the importance of developing an effective political presence with our elected officials and want to support the Brownie Mary Democrats to do so. To make the contribution at our website CLICK HERE.

You can also contribute the old fashion way by sending a check made out to BMD-CA Read below for contribution levels and where to mail your contribution.

Contributions can be made at our website, www.browniemarydemocrats.org/donate or by sending a check made out to BMD-CA to: BMD-CA, PO Box 739, Palm Springs CA 92263.

Thanks for your time and consideration of my request.