The story of the Hmong people and their tragic role in Vietnam makes the raid last week of a Riverside County Hmong medical marijuana farm a stinging indictment of the never ending American war machine both on foreign and domestic soil.

The Riverside raid will be the focus of the Wed. Aug. 6 MAPP meeting at our new meeting location with Hmong family farmers in attendance to tell their story of their flight from Vietnam, their precarious existence as refugees and the resurrection of their lives in the United States and Riverside County.

In the beginning of the 19th Century the Hmong people moved from China to areas that became Laos, North Vietnam and Thailand. Settling in the mountainous areas of these countries, the Hmong continued their agrarian culture as farmers producing a variety of crops including cannabis which was used for rope, clothing and other textiles.

The Hmong became embroiled in the CIA’s secret war in Laos as their farms and villages in Northern Laos and North Vietnam were seen as critical by the U.S. military for providing safe passage into North Vietnam to fight the Viet Cong.

The Long Cheng airbase in Laos became the focal point of the U.S. effort to defeat the Communist Pathet Lao and North Vietnamese in Laos. So critical to the American war effort was the help of the Hmong that William Colby, Director of the CIA during the Reagan administration, credited the Hmong with saving the lives of thousands of U.S. soldiers as they blocked the North Vietnamese from their efforts to extend the Ho Chi Minh Trail into Laos for several years. 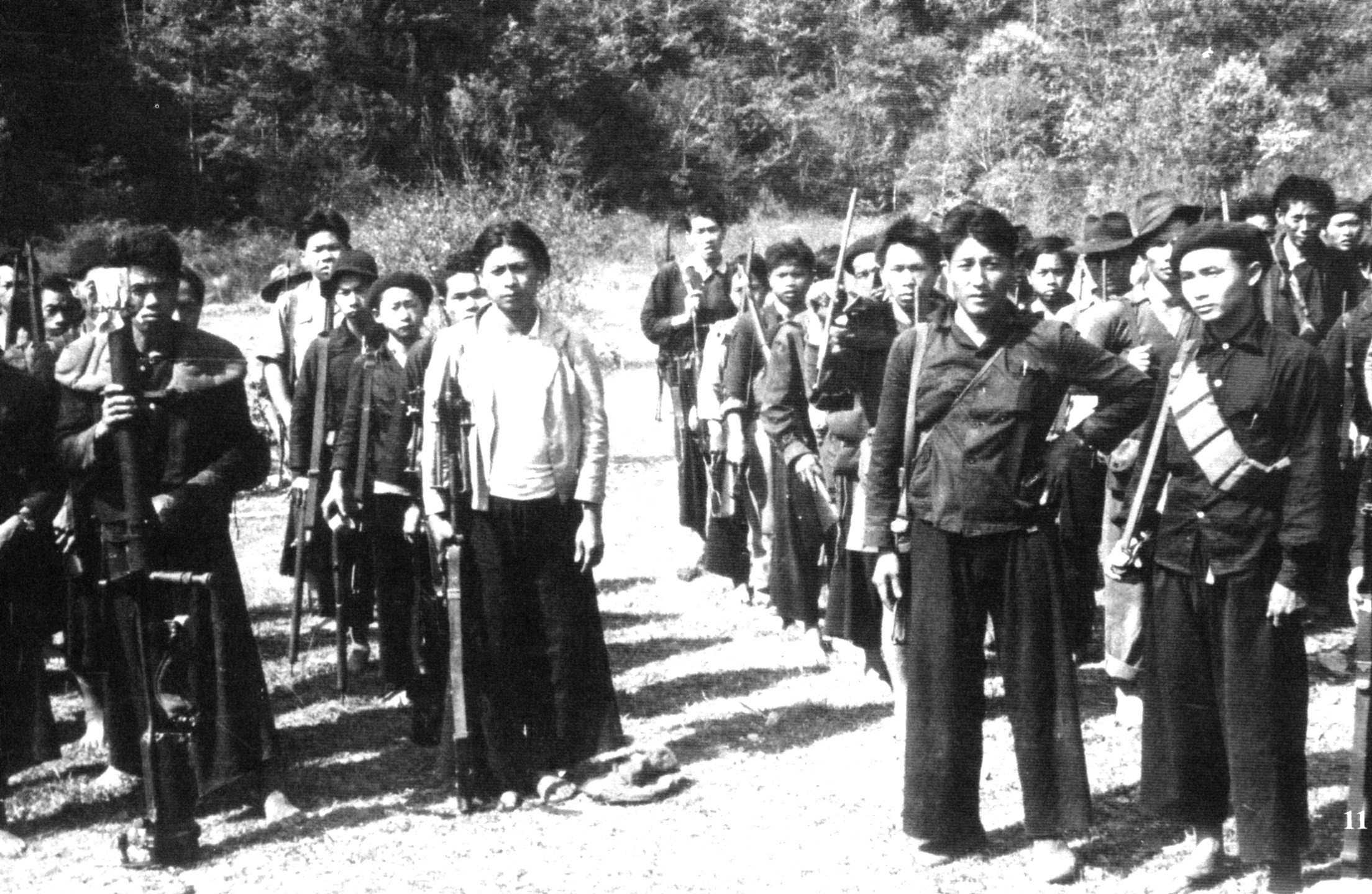 To fight the Communist Pathet Lao and Communist North Vietnamese, the CIA provided the Hmong with guns, money and training.

During this time the American military began to crack down on the use of marijuana by troops in Vietnam which resulted in an increase use of heroin by civilians and soldiers. Opium had become the primary cash crop of the Hmong, so to help them the CIA provided the Hmong with American UH-1 helicopters to transport the opium from their mountainous farms to distribution centers in Laos and South Vietnam.

30,000-40,000 Hmong died fighting on behalf of the Americans in Northern Laos. The last American plane and the last U.S. military personnel left Laos in June 1974. In their place, over 40,000 North Vietnamese troops arrived to assist the Communist Pathet Lao in the control Laos. 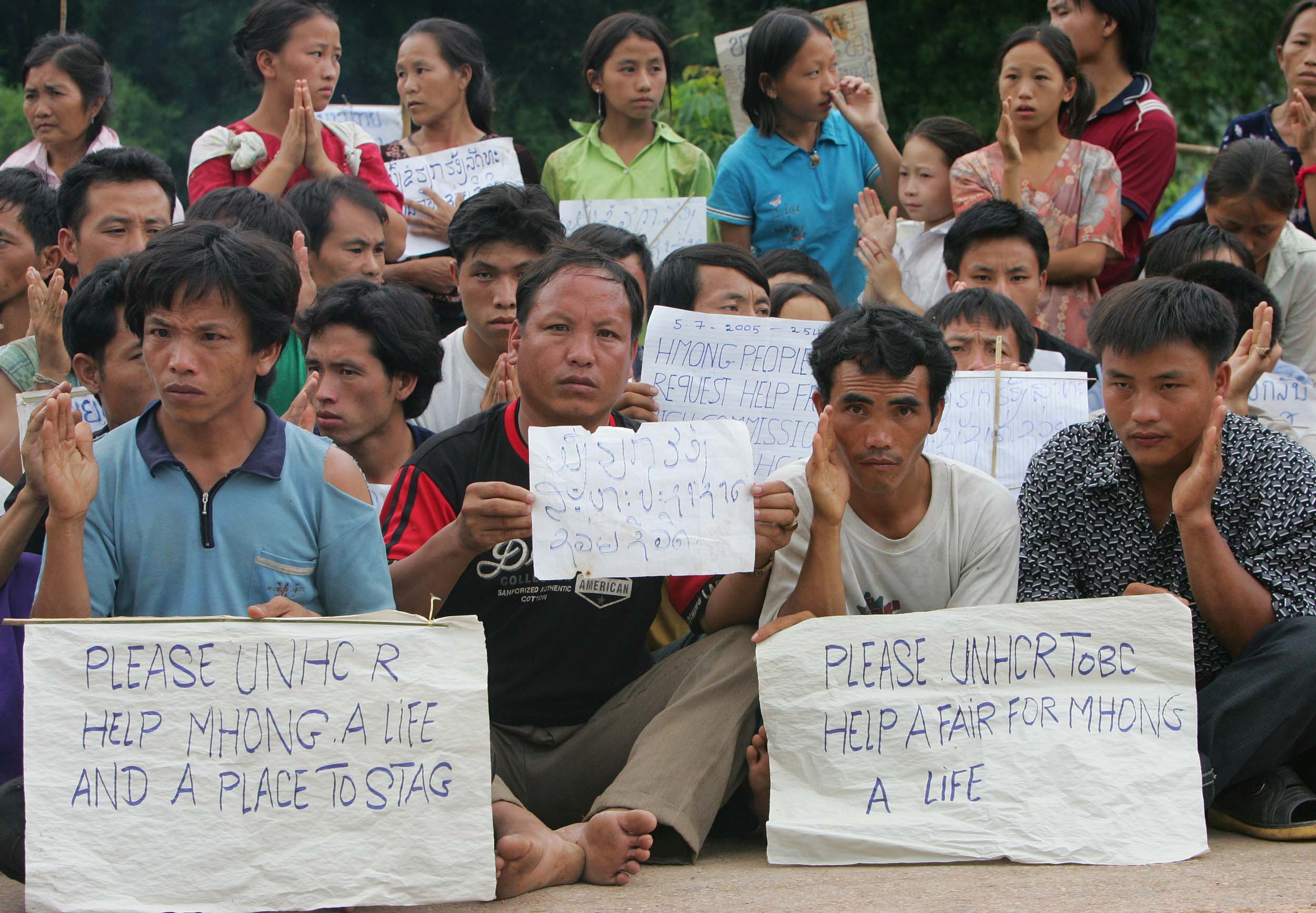 Although a limited number of high ranking Hmong were evacuated by the United States and many fled to Thailand, thousands were left behind where the Pathet Lao publicly declared in May 1975 their intent to “wipe out” the Hmong people.

Today over 270,000 Hmong reside in the U.S. with over 90,000 residing in California, 66,000 in Minnesota, 50,000 in Wisconsin and significantly smaller populations in North Carolina, Michigan, Colorado, Georgia, Alaska, Oklahoma and Oregon.

Many Hmong, especially their children born in the U.S. have become U.S. citizens and have assimilated into American culture. However many Hmong maintain their traditional livelihood as farmers as well as their cultural practices. About 2/3 of Hmong in the U.S. continue to practice the traditional animist Hmong religion and shamanism with the remaining 1/3 adopting Christian and other systems of belief and non-belief.

In California some Hmong families have, along with their vegetable farms began producing medicinal marijuana. However although the American government was willing to assist them in the production of opium for their support of the American war in the Vietnam, it now seems the government will arrest them for their production of medicinal marijuana in California.

The Riverside raid in particular as well as the raids in other countries will be addressed at the Wednesday, August 6 MAPP meeting by Mai Vue, a Hmong medical cannabis activist whose parents operated the farm in Riverside that was raided.

Mai’s parents are expected to attend the meeting as well as their attorney Stefan Borst-Censullo who will discuss the legal issues they are facing.

Due to the excessive heat expected in August and the lack of air-conditioning in the meeting room of THCF Patient Center, the Wednesday August 6 MAPP meeting will be held at a new location in San Bernardino at 1180 W. Highland Blvd., San Bernardino CA 92405.

This is a cannabis friendly location with smoking permitted in the back patio area and vaporizing permitted indoors. This place is so cannabis friendly that although the meeting will begin at 7:30 p.m. as usual there will be pre-meeting socialization at 7 p.m. and immediately following the meeting at 9 p.m. Medical marijuana will not be available for sale, so along with your mmj recommendation, please BYOC (Bring Your Own Cannabis) for your enjoyment and the enjoyment of others.

Refreshments will be provided. The only problem is that there is not enough chairs to accommodate everyone expected to attend, so if you are coming and have some chairs you can bring with you, that would be much appreciated. Please send an email to [email protected] and let me know the number of chairs you will be bringing.

There will be more information about the Hmong, the raids on their farms and this very special meeting in the next newsletter sent out on Sunday, July 31, but if you have any questions or need more information, please contact me by sending an email to [email protected] or calling me at 760-799-2055.

Would you like to support us just a little bit? As the oldest and most active medical marijuana patient support group and law reform organization in the IE, please help us continue by joining other supportive readers as a member of our EXCLUSIVE 420 Club and donate $4.20 from your credit card each month - that's just 14¢ a day. Just CLICK HERE to show your support. Thank you very much.