Prop. 64 was not written with the goal of being a dream legalization law. Prop. 64 was written with the goal of being passed. As such it gave wide discretion to local governments so as to not incur their fervent opposition and to also follow the California Supreme Court decision in City of Riverside vs. IEPHWC that county and city governments can ban the implementation of state permitted activities under their zoning ordinances.

In a very unusual move for an initiative, Prop. 64 can be amended to make it less restrictive (such as increasing the number of plants that can be cultivate from 6 to 9) by a simple majority vote but requiring a 2/3 vote for making it more restrictive (such as raising taxes).

It also threw down the gauntlet to local activists, to lobby their local city and county government to allow for marijuana businesses and activities as permitted under Prop. 64. If that lobbying fails, then throw the bums out and elect new officer holders.

A better example of this could not be found then what is happening in Victorville where the City Council on Thursday, June 28 refused to allow cannabis consumption and sales at the Chalice Festival scheduled to take place July 13-15 at the San Bernardino County fairgrounds in Victorville.

Emphasizing the economic benefits estimated to exceed $30 million, a few dozen people spoke at the June 28 meeting in support of the festival touting its safety record and the broad support for legalization throughout the state as well as in San Bernardino County.

It was all to no avail. So opposed to marijuana were the majority of Victorville City Council members, that when Victorville Councilwoman Blanca Gomez suggested having the planning commission review the city’s cannabis ordinance,  no one on the council seconded her motion.

If several hundred people had showed up at that Council meeting, not just a couple dozen, telling them to get with the program, threatening them with recalls and backing candidates in the next election who will take a more enlightened approach to the issue of marijuana, the result might have been totally different.

This is not just true on the local level – we need this on the state level. Prop. 64 limits cannabis festivals to county and state fairgrounds and requires organizers to receive a permit from local authorities before the Bureau of Cannabis Control will issue a state permit for cannabis consumption and sales. The BCC is not the problem here – they are willing to issue any and all cannabis festival permits but only if local approval is obtained first.

Restricting cannabis festivals to county and state fairgrounds is way too limiting. A bill in the state legislature, AB 2641, would fix that by permitting cannabis festivals at any location but would still require local approval. It is a much needed step in the right direction. It has passed the Assembly, but is now in the Senate where its passage is not a fait accompli.

Marijuana is now legal and it is time people take in the full reality of that which means if you want to use it reliably, safely, locally and affordably, you are going to have to actually do something to make that happen. It’s not going to rain marijuana from heaven like manna, but working together can make it close.

A group I am closely associated with (so closely that I am its founder and chair) is the Brownie Mary Democrats of California. One of only seven statewide Democratic organizations that has been officially chartered by the California Democratic Party makes the Brownie Mary Democrats (BMD) a working partner with the party that controls the government that manages the fifth largest economy in the world. If you want to know more about BMD, CLICK HERE, but I am bringing this up here as there is something happening in July I want you to know about.

I am a member of CaDEM’s Executive Board and will be attending the Board’s meeting this July 13 – 15 in Oakland. BMD has submitted a resolution to be considered and hopefully adopted at the Eboard meeting that will put the California Democratic Party firmly in favor of protecting the rights of cannabis consumers to smoke marijuana on Saturday night and not get fired from their job on Monday for having done so.

A bill that would have protected only medical marijuana patients from being fired  from their jobs failed to advance out of the assembly and is now dead and cannot be considered again until next year. The reason it failed is that protecting the employment rights of marijuana consumers, even medical marijuana patients, is a tricky proposition facing monumental opposition from trade associations, city and county governments and of course police.

Getting CaDEM to support these rights would go a long way to get those Democratic legislators who have been sitting on the fence off it and on to our side.

I have submitted several forms of the resolution for the CaDEM resolution committee. To see one of them CLICK HERE. I have no idea what the final one will look like at they often get modified in committee. I do not even know if it will make it out of committee – this is going to be one of the toughest ones to get through because of the opposing forces which also have significant influence within the Party. 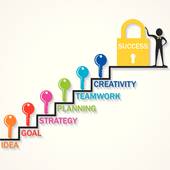 BMD have been very successful in getting resolutions passed on everything from implementing and not banning the commercial marijuana business provisions of Prop. 64 to making it illegal to deny a medical marijuana patient an organ transplant because of their use of marijuana. BMD was the organization that in 2014 got CaDEM for the first time ever to include a marijuana legalization plank in the Party Platform and was one of the players in getting the Party to strongly endorse and devote Party resources towards getting voters to pass it. Many believe it was CaDEM’s support for Prop. 64 that was responsible for its overwhelming support by the electorate and quite possibly the reason it passed.

BMD has not played a major role in legislative issues this year, but it is the group’s intention to prioritize a few bills, the employment bill being one of them, and use its position within California's Democratic Party to influence its passage in 2019. From the African-American Caucus to the Labor Caucus to the Children’s Caucus, this is how community groups work to influence and get legislation passed that advances their interests.

If you would like to learn more about BMD and especially learn about becoming a member ($10 regular, $5 senior, student, veteran, unemployed), CLICK HERE.

For those of you who are Republicans, I urge you to get involved with your party as well. The structure is the same and you can influence Republican legislators very effectively. I have written this numerous times before, but unfortunately no one has taken the idea and run with it.

As for Decline to State (Independents) or other party preferences, you can’t work directly with either of the two main Parties but you can sure work with all those non-partisan city councils and county boards and, thanks to Prop. 64 and the Calif. Supreme Court, that is where the real power is when it comes to marijuana.

Due to July 4th occurring on the first Wed. of the month this year, the Moreno Valley MAPP meeting will not take place, but the Palm Springs and Joshua Tree meetings will take place as normally scheduled. 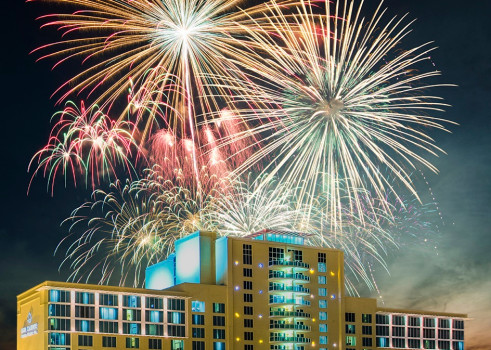 For those of you so inclined, I would like to invite you to join with MAPP members and other assorted folks to witness the spectacular (at least spectacular on a Coachella Valley scale) July 4th fireworks show staged by the Agua-Caliente Band of Indians at their Casino in Rancho Mirage. If you are interested in joining us send me an email at [email protected]marijuananews.org and I will send you back information about the event including where to meet, time to meet and most importantly, where to park. Bring your friends, family members and that person you have been wanting to ask for a date.

Palm Springs/Coachella Valley MAPP meeting – Saturday, July 7 at 12 noon. There is a first-rate brouhaha over Palm Springs’ first licensed cannabis lounge which incidentally is also the first licensed cannabis lounge in Southern California. Their neighbors are raising holy-hell claiming “We can’t subject our clients and patients to that kind of indoor pollution.” Learn all about what is happening and so much more at the MAPP meeting which takes place at Crystal Fantasy, 268 N. Palm Canyon, in downtown Palm Springs 92262 across the street from the Hyatt Regency.

Joshua Tree/Morongo Basin MAPP meeting - Saturday, July 7 at 3 p.m. Once again the citizens of Yucca Valley have rejected a marijuana initiative – this time not for sales but cultivation and manufacture. What happen and why it happened will be explored along with other issues in the neighborly countrified meeting held at the fabled Beatnik Lounge, 61597 Twenty-Nine Palms Hwy., Joshua Tree 92252.

In addition to camaraderie with new friends and old, both meetings will have milk, punch and cookies available plus bring a guest and you both will receive a cool pocket pipe.